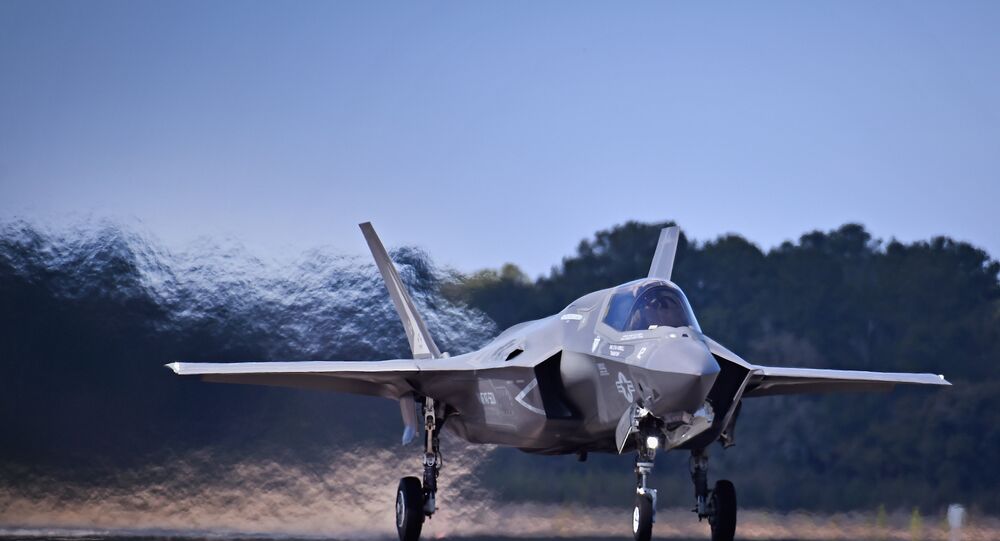 A base spokesperson said in a statement that the 56th Fighter Wing pilots out of Luke Air Force Base in Arizona were simulating a dogfight and, by accident, created the phallic symbol.

That F-35 sky penis above Luke AFB? It wasn’t intended to be a sky penis, base says. New on @AirForceTimes: https://t.co/UTLKqmwnX3 pic.twitter.com/5mb4IeRebv

“We’ve seen the photos that have been circulating online from Tuesday afternoon. 56th Fighter Wing senior leadership reviewed the training tapes from the flight and confirmed that F-35s conducting standard fighter training maneuvers Tuesday afternoon in the Gladden and Bagdad military operating airspace resulted in the creation of the contrails,” the statement said. "There was no nefarious or inappropriate behavior during the training flight.”

The exercise pitted a four-ship “red air” aggressor team against a two-ship "blue" team, Maj. Rebecca Heyse told Fox News in an email. When the red team pulled back, the blue team circled around before re-engaging, she said.

The flight audio was also reviewed by senior leadership who confirmed the statements made by the pilots, she said.

A Navy investigation recently concluded that two junior officers coordinated a similar incident in 2017. One of the officers suggested drawing “a giant penis, that would be awesome.”