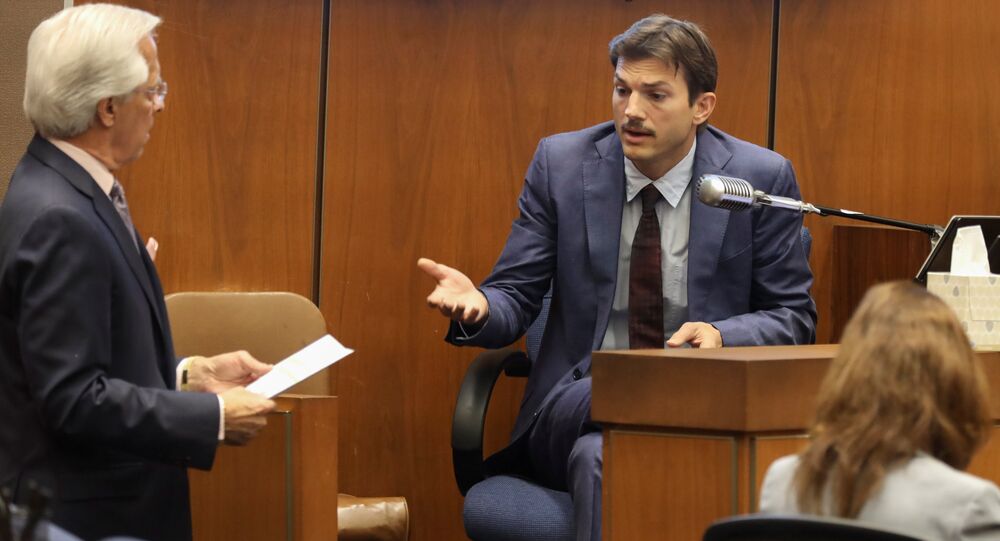 Actor Ashton Kutcher told a Los Angeles jury on Wednesday that he was “freaking out” after learning that Ashley Ellerin was found dead in Hollywood the day after he called her at home for a date.

The former “Two and a Half Men” star was testifying as a witness at the trial of a man dubbed the Hollywood Ripper who is charged with the murder of the young woman and two others. Kutcher said he arrived at the Hollywood bungalow of fashion design student Ashley Ellerin on the night of 22 February, 2001, after speaking to her by phone earlier that evening to arrange a date.

However, when he got there two hours after the call, Kutcher said he found the lights on and the door locked. He tried to look through the window but all he saw was “what I thought was red wine spilled on the carpet”.

“I didn’t really think anything of it,” Kutcher said, adding that he “figured I screwed up” by showing up late, and he assumed Ellerin had gone out with a friend, City News reported.

Ellerin, 22, was found dead at her home the next morning by a roommate. She had been stabbed 47 times, prosecutors said. The LA authorities arrested Michael Gargiulo, who's accused of attacking 4 women with a knife and killing 3 of them over the span of 15 years. The alleged serial killer is also accused of killing his 18-year-old neighbour, Tricia Pacaccio, back in 1993 when he lived in Illinois; the 2005 murder of his neighbour, Maria Bruno, who was stabbed 17 times; and an attack on another neighbour, Michelle Murphy, in her Santa Monica home in 2008, where blood matching Gargiulo's DNA was found at the scene.