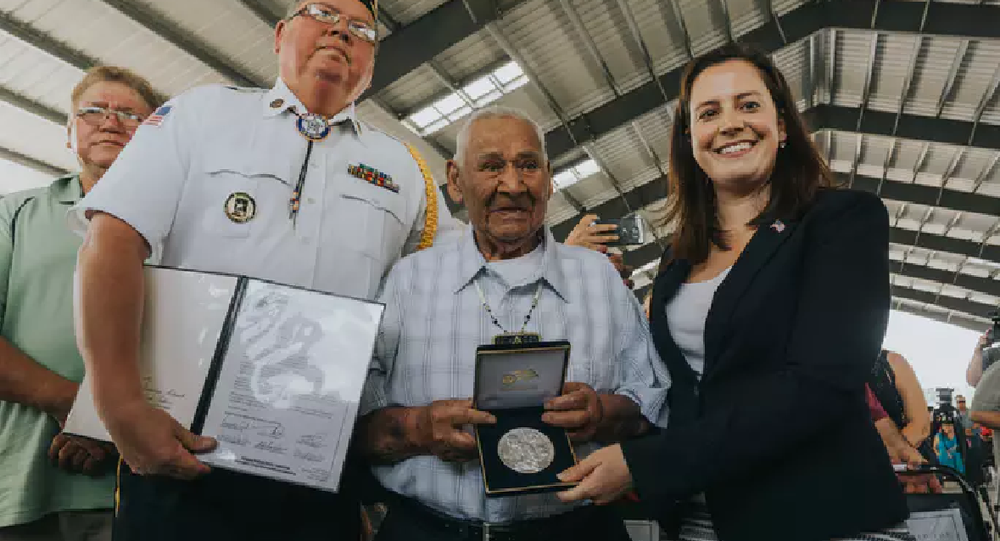 Louis Levi Oakes, the last World War II “code talker” from the Mohawk First Nation, died Tuesday at the age of 94. Oakes was one of 17 Mohawks who used their language to encode Allied transmissions, preventing Japanese and German code-breakers from deciphering them.

Oakes was born in 1922 the Mohawk Territory of Akwesasne, on the south bank of the St. Lawrence River and which straddles the borders of the Canadian provinces of Quebec and Ontario and the US state of New York. When he was 18 years old, he enlisted in the US Army to fight in the Second World War and served for six years in Company B of the 442nd Signal Battalion, according to a statement by the Saint Regis Mohawk Tribe.

It was in that company that Oakes was to play a decisive role in the Allied war effort in the Pacific: the US military enlisted the help of members of 33 different indigenous nations to secure Allied transmissions during the war. With code breakers on both sides working tirelessly to breach the mathematical principles governing the other side's encryption devices, US commanders turned to an untapped weapon: the languages spoken by Native American and First Nations tribes, which have a unique linguistic structure unlike those found on any other continent.

It worked — the Japanese never broke the "code" of the Mohawk language, or any other Native tongue used in the operation.

Oakes served in the South Pacific, New Guinea and Philippines theaters of the war. After his discharge from the Army in 1946, Oakes returned to Buffalo, New York, and worked as a highway maintenance worker for many years. Friends and family say he never spoke about his time as a code talker during the war, which was a highly secretive operation.

"He finally started talking about it" five years ago, his daughter, Dora Oakes, told CBC. "He said he was threatened not to say anything."

"As kids growing up, we'd watch movies and he'd just say, 'I was there,' but he would never go into it," she said.

Marc Miller, parliamentary secretary to Canada's minister of Crown-Indigenous relations, told CBC he only knew Oakes for a short time, but that the veteran was extremely important to the minister. "I can only imagine what he meant to his family and his people who had the privilege of knowing him for far longer."

"Due to the secrecy of his mission in WWII, the extent of his contributions as a Mohawk code talker have only recently been known and honoured," Miller said. "My hope is that we continue to honour his memory and contributions in death much longer than we did in life."

Oakes and other code talkers were eventually honored for their invaluable work. In 2008, the US Congress passed the Code Talkers Recognition Act, which honored the Native American code talkers. In 2016, Oakes received a Silver Star for his efforts — the third-highest US military decoration, given for gallantry in action against an enemy, CBC noted.

"I wish they would have did it years before when he could have enjoyed it," Dora said of the recognition. "But life goes on, and he was finally recognized, and I've been all over the place with him."

Oakes' funeral will be held Saturday in Akwesasne.