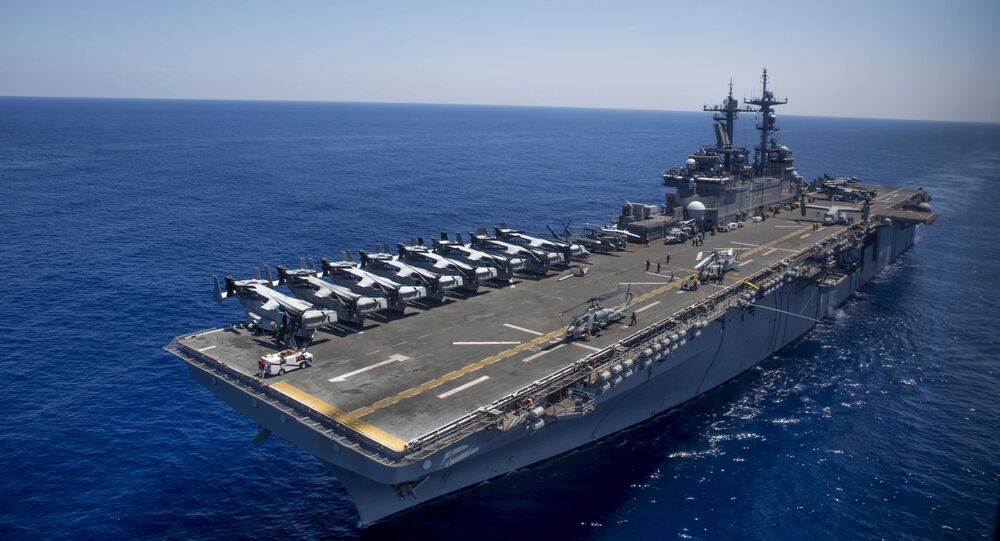 New US Aircraft Carriers’ Catapults Will Use… STEAM, Trump Says

Earlier this year, the US Navy announced plans to purchase an additional two Ford-class aircraft carriers equipped with the Electromagnetic Aircraft Launch System (EMALS) which has repeatedly been criticised by President Donald Trump.

President Donald Trump has once again called for equipping US aircraft carriers with traditional steam powered catapults rather than newer electromagnetic systems which he claimed may malfunction during warfare.

“We’re spending all that money on electric and nobody knows what it’s going to be like in bad conditions. So I think I’m going to put an order — when we build a new aircraft carrier, we’re going to use steam”, he told sailors and marines on board the USS Wasp during his visit to the Yokosuka Naval Base south of Tokyo.

He upheld his view by insisting that steam catapults work much better that higher-tech Electromagnetic Aircraft Launch System (EMALS).

“Steam’s only worked for about 65 years perfectly. And I won’t tell you this because it’s before my time by a little bit, but they have a $900 million cost overrun on this crazy electric catapult.  They want to show — next, next, next. And we all want innovation, but it’s too much”, Trump added.

Trump has repeatedly expressed doubt over EMALS’ efficiency, especially in combat conditions, something that he apparently wanted to underscore during a Thanksgiving Day call with a US sailor in 2018, when the US president wondered whether the sailor wants to “go with steam or electromagnetic” aircraft catapults.