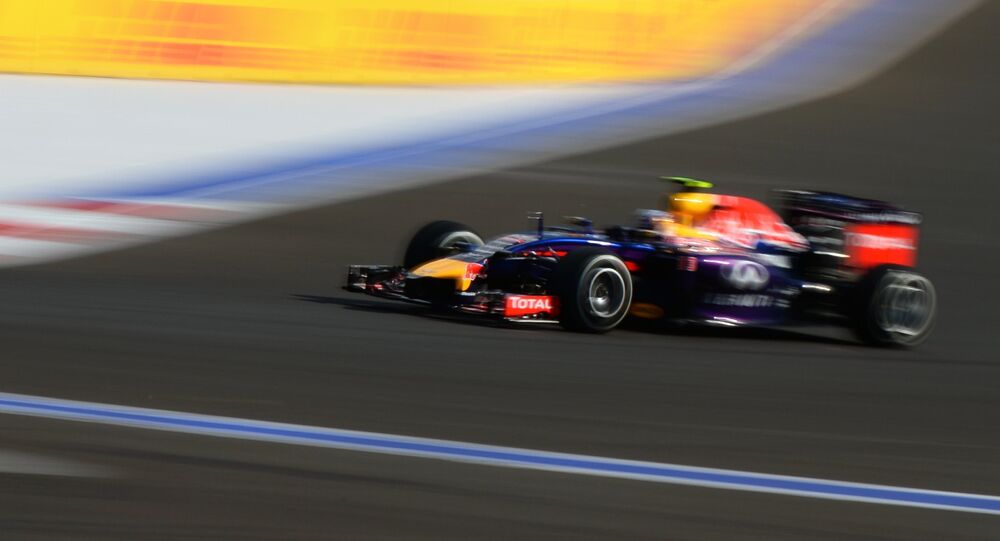 Pagenaud Wins 103 Running of the Indianapolis 500

French racing driver Simon Pagenaud held off a final-lap charge by Alexander Rossi to win the 103rd Indianapolis 500 on Sunday.

The win gave team owner Roger Penske his 18th Indy 500 victory. Moreover, Pagenaud became the first Frenchman to win the Indy 500 since Rene Thoms pulled it off in 1914.

However, ahead of the Indianapolis 500 the spotlight has been on Mario Andretti. He was racing for his father Michael Andretti's team, the junior Andretti had hoped to win the 200-lap race 50 years after his grandfather, Mario Andretti, lifted the Borg-Warner Trophy.

© AP Photo / Arthur Mola
Speed Racer? Chaos as Model Waves Flag to End Formula 1 Race One Lap Early (PHOTOS, VIDEO)
The Indianapolis 500 is one of the biggest motorsports events in the world, and the 103rd running took place on Sunday, 26 May at Indianapolis Motor Speedway.

Races become official after 101 laps, which mark the midway point for the 500-mile race. The last time the race was shortened was 2007 when Dario Franchitti completed 166 laps before rain moved over the track.