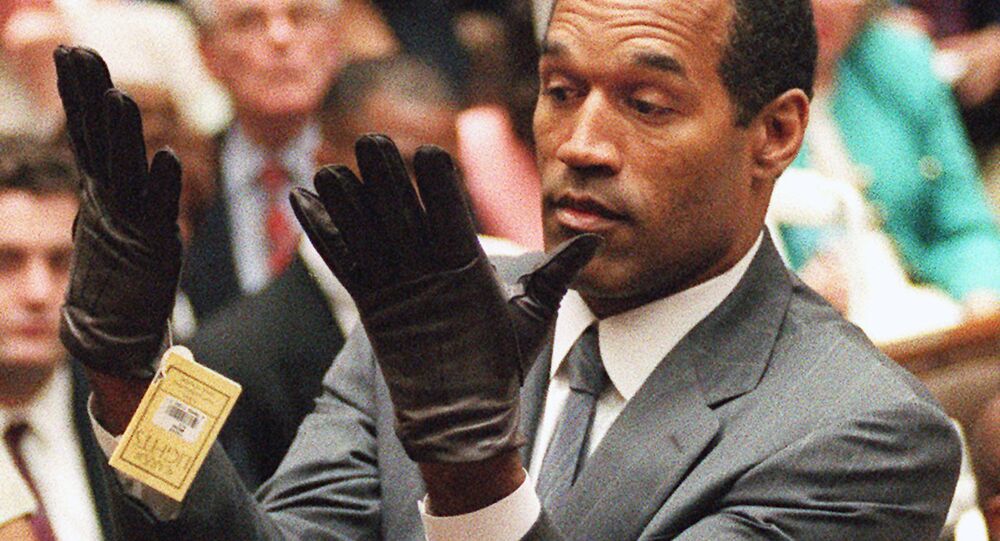 The alleged sexual encounter apparently torpedoed the relationships between all parties involved, with O.J. Simpson and Robert Kardashian divorcing their wives shortly after.

Norman Pardo, former manager of the infamous American footballer O.J. Simpson, has revealed that his client once bragged about having sex with Kris Kardashian, the wife of his good friend Robert Kardashian, The New York Post reports.

Delivering this revelation in his new documentary called “Who Killed Nicole”, Pardo claimed that the encounter apparently took place when Simpson and his then-wife Nicole were enjoying a Jacuzzi with Robert and Kris Kardashian one night while the four were vacationing together.

© AFP 2021 / Dimitrios Kambouris/Getty Images for The Met Museum/Vogue/
Kris Jenner Reveals Why Kim and Kanye Went BIBLICAL For Their Newborn Son's Name
At some point, O.J. and Kris were left alone in the tub, and this is when they proceeded to have sex.

"O.J. said he stood up, pulled his shorts down and, I’ll give you exactly what he said: ‘Her eyes bugged out of her head and I f–ked that B until I broke her,’" Pardo said on camera in a fragment of the film previewed exclusively by the newspaper. "That was as messed up as you can possibly get".

The former manager also remarked that not only did the encounter cause physical pain to Kris, who had to be taken to a hospital, it also wreaked havoc on both couples’ relationships as the Simpsons and the Kardashians divorced shortly after.

"From what I’m understanding, from what O.J. told me, everything was great up until [the] little fling that they had", he remarked.

The newspaper pointed out, however, that both O.J. Simpson and Kris Jenner previously denied claims about them having an affair with one another.