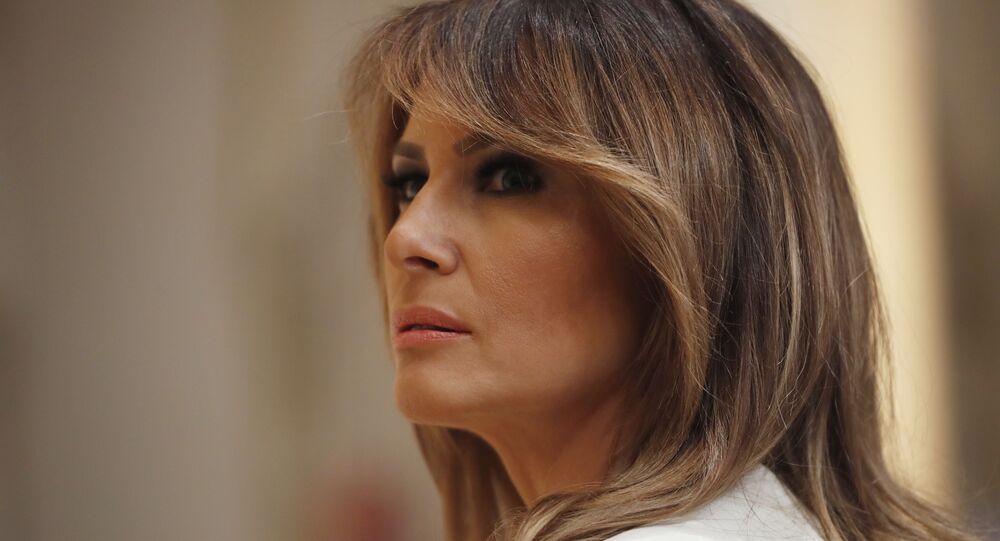 US President Donald Trump's routine on Air Force One has been revealed by former staffers, who claimed that he would call meetings at all hours and stay up to gossip with colleagues.

US First Lady Melania Trump is said to sleep alone in the Air Force One cabin, as Donald Trump practically never sleeps during long-haul flights despite his staff urging him to get some rest, according to reports.

The US president’s doctor revealed last year that he may on occasion take a sleeping pill, but the President usually remains wide awake.

One source told CNN: “He will not go to sleep.”

According to the former employees, the US President has the propensity to launch meetings at all hours and stays up to gossip.

The President’s officials reportedly recently geared up for a difficult trip before spending a 14 hour-long flight to Tokyo on Friday with the US Commander-in-Chief.

Trump landed from his overnight flight shortly after a magnitude 5.1 earthquake struck south of Tokyo, shaking the city.

The US President’s first event after arriving in Tokyo was a reception with several dozen Japanese and American business leaders at the US ambassador’s residence.

The Prime Minister of Japan has planned a largely ceremonial, four-day visit for Donald Trump, with golf set for Sunday and front row seats at a sumo tournament.

On Monday, the US President will become the first head of state to meet Emperor Naruhito since he ascended the throne earlier this month.

Trump and Abe are expected to discuss trade during talks on Monday, with officials downplaying the possibility of a deal during the visit.