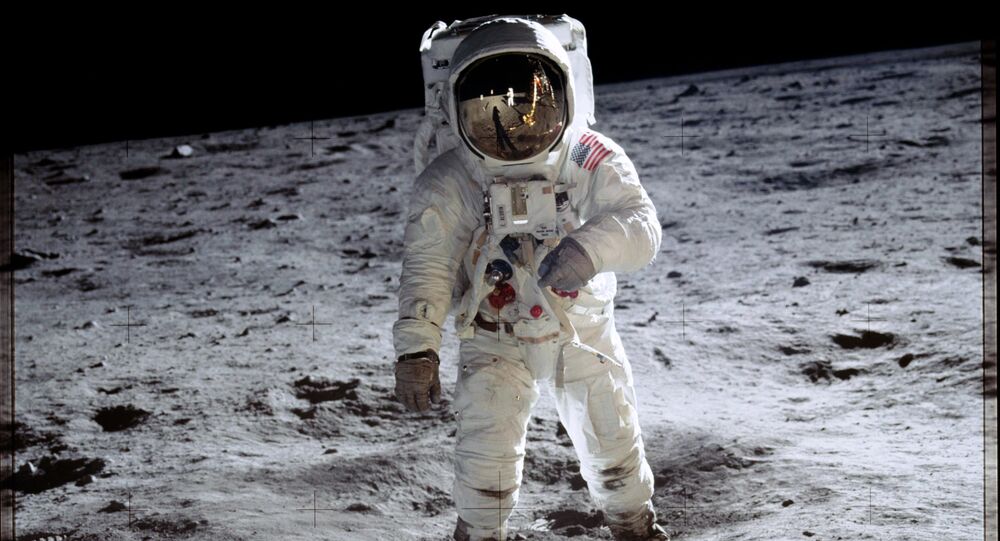 NASA administrator Jim Bridenstine delivered a speech at the Florida Institute of Technology in Melbourne detailing NASA’s plans to send a (wo)manned mission dubbed Artemis to the moon in 2024.

Last week, NASA announced plans to put the first woman on the Moon by 2024, securing an extra $1.6 bln to help complete the task.

Dubbed “Artemis”, the mission, named after the Greek god Apollo's twin sister, will see man return to the Moon with a woman at his side, with both male and female astronauts leading the team, according to NASA.

In one of the first steps of our #Moon2024 plans, we announced the selection of @Maxar Technologies to develop and launch the first element of our lunar Gateway, which will be the staging point to send @NASA_Astronauts to the Moon’s surface. Find out more: https://t.co/sFVWYbGTN1 pic.twitter.com/Y1MooHP5Q6

​NASA administrator Jim Bridenstine waxed lyrical, announcing the new mission's name on 13 May after NASA released its updated budget request for a landed moon mission by 2024.

He said he hoped the historic mission would inspire a new generation of young girls to work in the space industry.

"I think it is very beautiful that 50 years after Apollo, the Artemis programme will carry the next man and the first woman to the Moon,” the NASA chief said.

“I have a daughter who is 11 years old, and I want her to be able to see herself in the same role as the next women that go to the Moon.”

We’re sending the 1st woman & next man to the Moon in 2024, but do you know about technology that will help us get there? Watch James Reuter of @NASA_Technology explain how a budget amendment enables us to do things quicker & more broadly than before: https://t.co/tgxnNFZvAg pic.twitter.com/fllzvNfaUJ

​There has since been a flurry of reaction to the unveiled plans, with numerous twitter users lauding the project.

@NASA, #Moon2024 it might be too far out to tell…but, any idea of who the first woman on the moon will be?

Exciting times we are living in, We can’t wait to see this mission in 2024 #nasa #moon #history

Thank you!! My generation wants to see the next big step in space travel

A woman on the moon is just a second 50 years later.
If you wanna make it a real first (in a big way) send a woman to mars where we may have a chance to terraform the planet and actually live there.

Oh how exciting! I cannot see what NASA can and WILL develop for space travel! pic.twitter.com/9lA1uOwfRv

Can the #FirstWomanOnTheMoon also be the first one off the ship, please? You owe it to #Women for cancelling the #AllFemaleSpacewalk spacesuit debacle. We need a major female historical event for the world. #Womoon

Will the women have the right size space suit?

However, some were sceptical, as NASA’s Artemis programme is still very much in its infancy.

While NASA has been developing a rocket and crew capsule to take people into deep space, those vehicles still have yet to actually carry any astronauts.

NASA still needs to develop a lot of new hardware, including new lunar landers, in order for this project to be a success.

Come on. Seriously. You’re not sending anyone to the moon in 2024. You haven’t launched the SLS one time yet. You don’t have a lunar lander yet. The JWST is how many years behind? I’m all for increasing your budget by 10,000%, but don’t feed people this nonsense.

NASA's Artemis programme to return astronauts to the moon is reportedly set to include eight rocket launches to put a mini space station in lunar orbit by 2024, which is when it hopes to land its first female astronaut on lunar soil.

The idea of women making history in space is certainly not novel.

In mid-March 2019, astronauts Anne McClain and Christina Koch were gearing up to make space history, as they were scheduled to conduct the first ever all-female spacewalk, to install new batteries on the ISS’s solar arrays.

However, McClain’s place was taken by fellow NASA astronaut Nick Hague, after it became apparent that there wasn’t a spacesuit in her preferred size.

The suits, which were built in 1978 and have not been updated since, were made at a time when most astronauts were men.

In March, Vice President Mike Pence called on NASA to hasten its lunar initiatives and return humankind to the surface of the Moon within the next five years.

The decision was in part spurred by US President Donald Trump, who has repeatedly pushed NASA to return to the lunar surface.

NASA’s chief has previously said President Trump's desire to put humans back on the Moon provides a chance to test key tech before missions to land on Mars, which NASA hopes to launch by 2033.