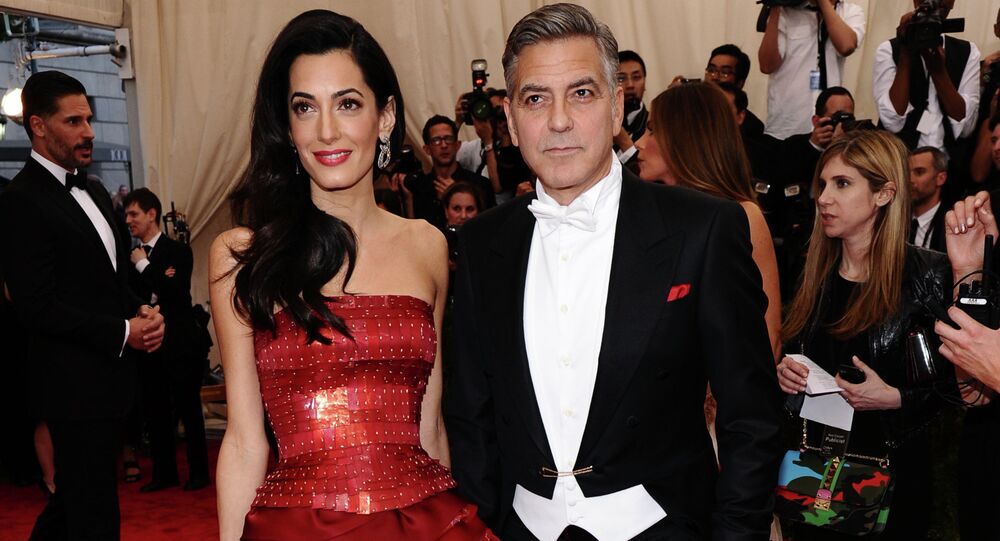 Amal Clooney is seeking justice in The Hague for a number of people that fell victim to sex slave trafficking and other Daesh-perpetrated crimes.

Hollywood celebrity George Clooney has expressed fears for his family’s safety as his barrister wife Amal is seeking justice in court for victims of Daesh terrorists.

Amal, 41, is set to represent a number of people that were victimised by Daesh*; her first case is Nadia Murad, a 23-year-old Yazidi woman.

Nadia says she was kidnapped by the terror group in 2014 and then sold into sex slavery.

The human rights lawyer and humanitarian activist hopes to take the case to The Hague and bring to justice those responsible for seizing Nadia.

Amal Clooney is the perfect example of the woman I want to be one day. She is my motivation and inspiration to study and become a lawyer specializing in international law and human rights. pic.twitter.com/Ex3BeFPZFJ

​However, her Hollywood husband has expressed worries, admitting his family has “real, proper security issues” which they will have “to deal with on a fairly daily basis”.

At an interview on The Hollywood Reporter's Awards Chatter podcast this week, the "Catch-22" actor opened up to Scott Feinberg about looking after his one-year-old twins, Alexander and Ella, amid his wife's case against the Daesh terrorists.

"We have plenty of issues — real, proper security issues — that we have to deal with on a fairly daily basis," George explained.

"We don't really want our kids to be targets, so we have to pay attention to that."

The actor added that he lives "a pretty good life”.

“I have a beautiful wife and two beautiful kids. … [but] there are things you miss. I miss being able to walk with our kids in Central Park," said the 58-year-old Oscar-winning actor, filmmaker, activist and philanthropist.

“We've tried. We walk out the door and everyone surrounds us. There's a bounty on my kids heads for a photo.”

“That's something we're really conscious of. Everything changes when you have kids. You have to protect them,” said Clooney.

© AP Photo / Giuseppe Aresu, File
White Knight: Clooney Moves to Shield Meghan Markle From 'Unkind' Media, Riles Up Twitter
Clooney’s wife Amal has admitted she was aware of the risks before taking on the case.

Speaking on the Today Show, Amal said: “This is something I discussed with my husband before I would take on something like this […] We are aware of some of the risks involved,” she told Cynthia McFadden.

“[George] met Nadia too and I think he was moved for the same reasons. He understood, I mean, that this is my work.”

“I think one of the ways to take action is to expose their brutality and their corruption, and partly you can do that through trials.”

Amal is alleging in French courts that the terrorists forced women into marriage and/or sexual slavery during their occupation of territory in northern Iraq and northeastern Syria.

Amal Clooney (née Alamuddin) is a Lebanese-British barrister at Doughty Street Chambers, specialising in international law and human rights, and also president of the Clooney Foundation for Justice, which she co-founded with her husband George Clooney in late 2016 to advance justice in courtrooms around the world.

Amal became engaged to actor George Clooney on 28 April 2014, with the couple welcoming their first children – twins Ella and Alexander — in June 2017.

* Daesh (ISIS/IS/ISIL) is a terrorist group, banned in Russia and a number of other countries.