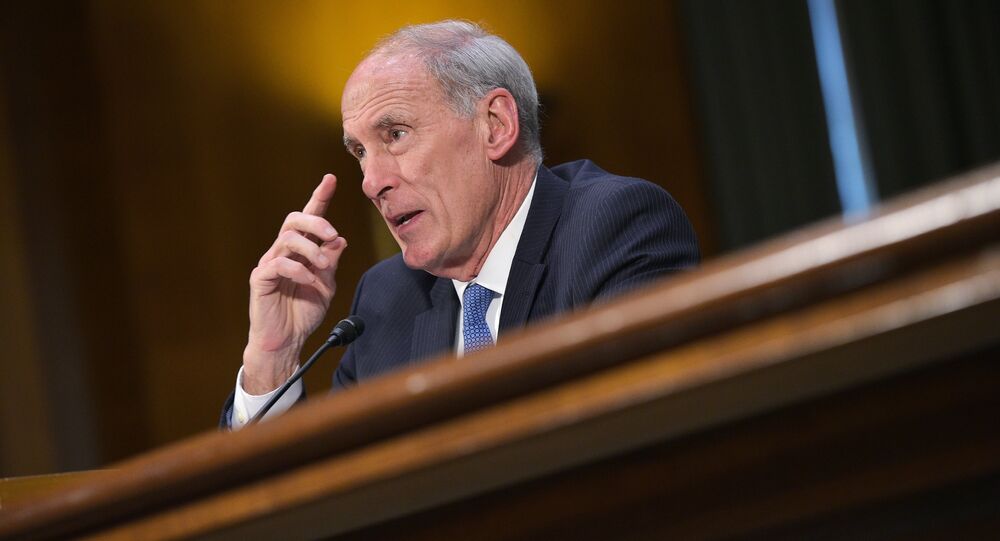 WASHINGTON (Sputnik) - The US intelligence community will provide the Department of Justice with all appropriate information when re-examining the FBI investigation of Trump campaign ties to Russia, Director of National Intelligence Daniel Coats said in a statement.

"Much like we have with other investigations and reviews, the Intelligence Community (IC) will provide the Department of Justice all of the appropriate information for its review of [US] intelligence activities related to Russian interference in the 2016 presidential election", Coats said in the statement on Friday.

President Donald Trump has given US Attorney General William Barr broad authority to declassify intelligence community documents related to FBI spying on Trump campaign aides who were alleged to have had contacts with Russian officials during and after the elections.

© Sputnik / Ekaterina Chesnokova
Trump Directs Intel Community to 'Quickly, Fully Cooperate' With Barr Review of 2016 ‘Surveillance Activities’
Special Counsel Robert Mueller has concluded no collusion took place, however, the origins of an FBI counterintelligence investigation of the Trump campaign, which began about six months before the November 2016 election, have never been explained.

Russia has emphatically denied any attempt to interfere in the US political system, saying the allegations were invented to excuse the election loss of Trump’s political opponent as well as deflect public attention from actual instances of election fraud and corruption.

Trump has repeatedly dismissed the two-year Mueller investigation as a political witch hunt.