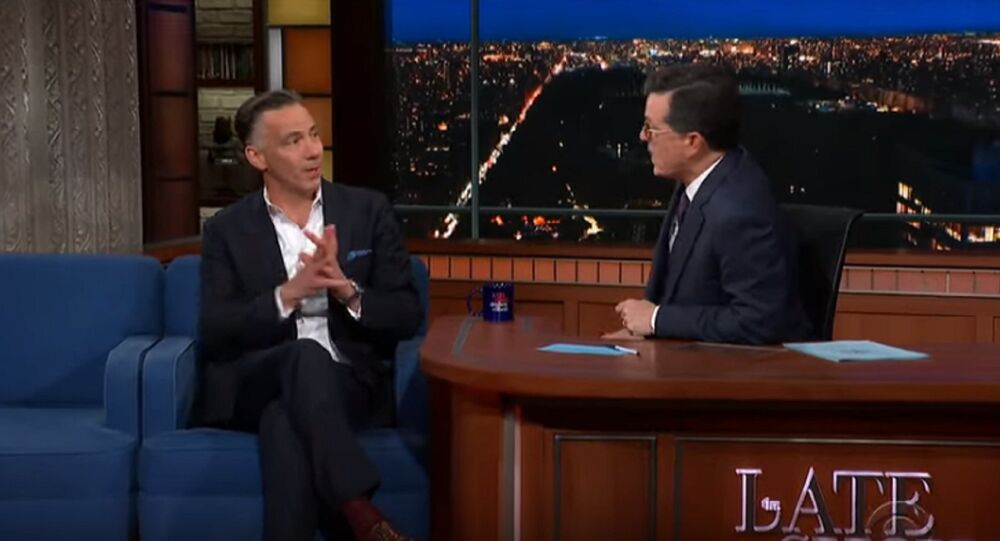 When asked by The Late Show’s Stephen Colbert to draw parallels between the two “threats” to the US, Russia and China, famed author and TV personality Jim Sciutto suggested that the difference lies in the level of chaos and foresight of their geopolitical steps.

CNN anchor-man and national security correspondent Jim Sciutto appears to have called Russia a “drunk friend”, with the comment coming during the airing of The Late Show with Stephen Colbert, where he was invited as a guest to talk about his new book “Shadow War”. The broadcast, which appeared on the programme’s YouTube channel on 24 May, promptly stirred a lively debate online.

Commenting on US-Russia relations, and more specifically the already busted allegations of Russian collusion with the 2016 Trump campaign, he referred to the nation as “sort of like your drunk friend at the party, right?” adding:  “you know they’re dangerous”.

According to the journalist, both Russia and China are waging a “secretive” and indirect war against the US.

“It’s a war that we’re largely not aware of with two very formidable adversaries”, Sciutto told Colbert. “Sadly, lives have been lost on some of the fronts here and has the potential to threaten more lives. They’re using real weapons under the ocean, on battlefields in Europe and Asia and in space, which is one of the fronts”.

“Do they have a Death Star?” Colbert quipped, prompting Sciutto to respond and further elaborate on the issue:

“No, but they have operational lasers in space”, replied the author, whose book also looks into kamikaze satellites deployed by Russia, and China’s “kidnapper” satellites.

He also drew parallels between the two global powers at Colbert’s request, arguing that both “are aggressive”. Yet, Russia is, he says, more commonly viewed as “the greater, more dangerous short-term threat”, whereas China’s “being the more formidable, long-term threat”. He proceeded to specify where exactly Chinese headway should cause Washington to be wary: “bigger economy, bigger population, more capabilities, and that’s the one Americans think more about long-term, military commanders, intelligence officials, etc.”, the journalist elaborated.

Summing up on the two nations, Sciutto assumed Russia’s geopolitical behaviour “might better fit the ‘drunk friend’ analogy”, while China is less chaotic and more strategic in its ways, “and more ruthless” when having conflicts with the US. Touching upon China being inherently “quiet in the background”, Sciutto used flowery expressions to depict his vision of the second biggest economy:

“They’re sort of subtly evil, but equally vicious. I talked to former head of counter-intel[ligence] for the FBI, he’s a former cop, and he says no one is more vicious than China. They will kill you and your families. Seriously, it’s like the mob”.