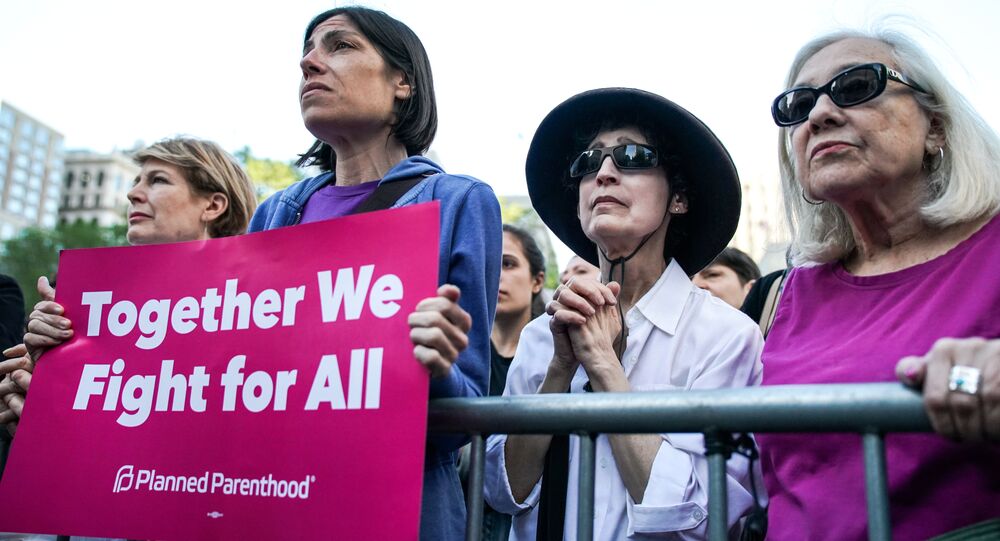 WASHINGTON (Sputnik) - The recently passed abortion restrictions in the US state of Alabama are being challenged in a lawsuit that seeks to stop the law from ever going into effect, the American Civil Liberties Union said in a press release on Friday.

"The American Civil Liberties Union (ACLU), ACLU of Alabama and Planned Parenthood Federation of America filed a lawsuit today on behalf of Alabama abortion providers challenging an extreme law that bans abortion in nearly every case and punishes doctors with up to 99 years in prison for providing care," ACLU of Alabama Executive Director Randall Marshall said in the release. "Make no mistake: Abortion remains — and will remain — safe and legal in Alabama. With this lawsuit, we are seeking a court order to make sure this law never takes effect".

On May 15, Alabama Governor Kay Ivey signed into law a bill that bans abortion in nearly all cases, with no exceptions for rape or incest.

The governors in the states of Ohio, Mississippi, Georgia and Kentucky have similarly approved bans on abortion once a fetal heartbeat is detected, which can happen as early as the sixth week of pregnancy.

Those actions mark the most direct challenge to the 1973 US Supreme Court decision in Roe vs. Wade that established the right to abortion until the fetus reaches viability.