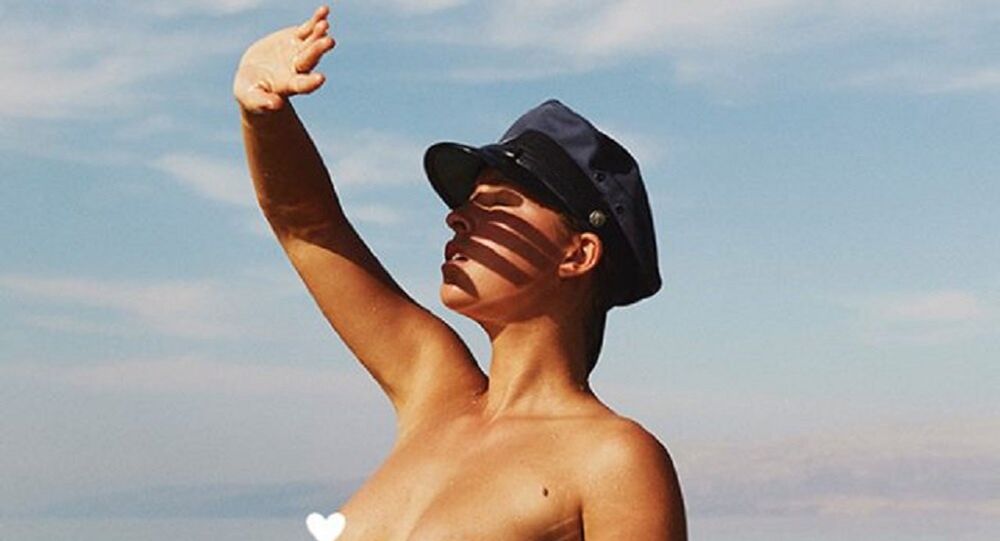 The scandalous Belgian model, who has bared it all at numerous places of worship, including Jerusalem's Western Wall, rose to prominence two years ago when she was jailed in Egypt together with her photographer after posing for a series of nude snaps at the Luxor temple complex.

Playboy model Marisa Papen has once again sparked outrage after taking a naked stroll through Williamsburg in Brooklyn, New York, which is home to the largest Hasidic Jewish community.

Her latest stunt appeared to be part of the "FXCKRLGN, GOD IS A WOMAN" progressive fine art series, but she probably couldn't expect to anger the locals to the extent that they would literally chase her out of the conservative neighbourhood.

"They were freaking out and yelling. One of them was pointing at his phone, screaming that he had the cops on the line and that they were a few cars behind us. As the sirens were getting louder, the Uber driver was freaking out", she said, as cited by the Mirror.

In a video, uploaded to YouTube a few days ago, Papen and her cameraman can be seen fleeing the scene, while someone is heard shouting, "Go! Go stop them!" and telling another resident that she "runs naked in the street".

The footage then shows a police officer, who arrives at the scene, with one man explaining that Marisa was seen running without any clothes in the street, while the model tells the cop that the locals "started bumping on our car", with one man allegedly spitting on them.

Marisa, who was named Miss January by Playboy Germany in 2017, also claimed that "they pushed me against the rails" and denied being naked, saying "nothing exactly happened".

© Photo : Marisa Papen/facebook
Playboy Model Stars in Video of 'Christians, Jews & Muslims' Having Sex
According to the Mirror, she returned to the Jewish neighbourhood the following day together with photographer Gary Breckheimer and producer Frank Rose, to take more pictures, with risqué photos showing her posing in front of a Jewish school bus and walking in front of a group of men wearing traditional Jewish clothing and hats.

Marisa's penchant for X-rated stunts in the name of art has dragged her into trouble on a multitude of occasions: last December, she was arrested and interrogated for peeling off in a public place in the Vatican. The model and her photographer were later released after Vatican police took their mugshots and fingerprints.

She also caused outrage in Israel after posing in front of Jerusalem's Western Wall, also known as the Wailing Wall, as well as at the Luxor temple in Egypt, after which she spent 24 hours in jail.

The 2017 Egypt arrest didn't seem to stop Marisa from being creative: the burqa-wearing model later flashed her genitals in the Hagia Sophia, a former cathedral and mosque in Istanbul, which is now a museum.