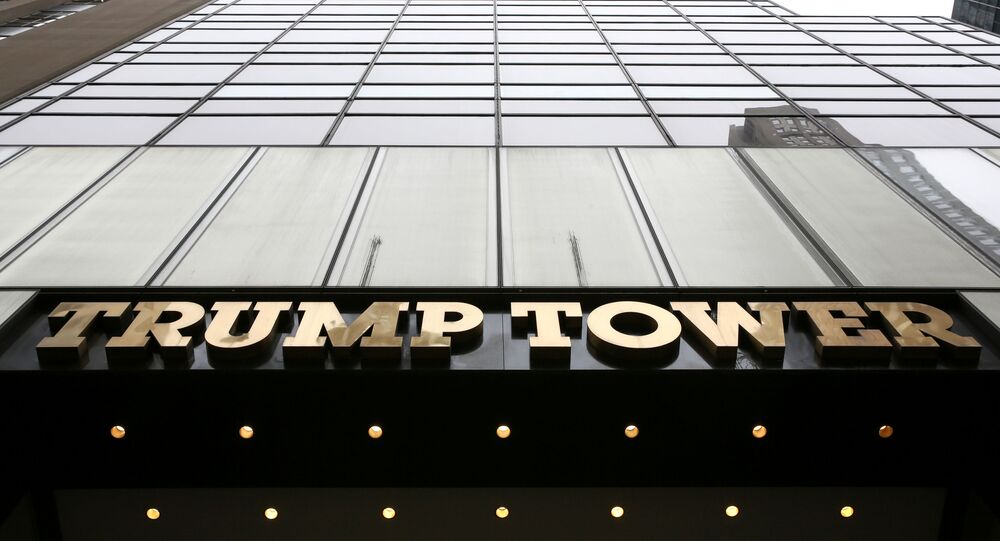 The man was noticed by the FBI after he began expressing interest online in the Hamas militant group, which is considered to be a terrorist organisation by the US, Israel, and a number of other states.

A US attorney has announced that police arrested 20-year-old Jonathan Xie from Basking Ridge, New Jersey after he made threats online to bomb Trump Tower and the Israeli Consulate in New York. Apart from online threats, the young man is also charged with providing material support to Hamas and with making false statements to the US Army.

The FBI began to monitor Xie after he expressed support for Hamas, an organisation considered by the US to be terrorist, online in January and voiced willingness to organise a mass shooting at a pro-Israeli rally. He later transferred $100 to an unidentified person in Gaza and boasted on Instagram that he had donated to Hamas' cause.

"I'm gonna go to the [...] pro-Israel march and I'm going to shoot everybody", Xie said in an Instagram video.

Xie made other threatening posts, appearing with a Hamas flag and a handgun, purportedly registered to his father. In February, the man also tried to enlist in the US Army in order to, as he claimed, "learn how to kill", but the attempt was unsuccessful. His biggest online threat involved a vote on whether he should bomb Trump Tower. Xie was arrested soon after.

Ever since President Donald Trump, who was behind the construction of Trump Tower, took office, US foreign policy shifted drastically towards supporting Israel. As part of this policy, Trump recognised Israel's claim to Jerusalem as its capital and to the Golan Heights as its territory, going against UN decisions and ignoring protests of the international community.

The US moves sparked protests on the border between the Gaza Strip and Israel, which led to thousands of casualties, mostly among Palestinians. Tel Aviv condemned the protests as not being peaceful and claimed they had been organised by Hamas as a cover for attacks on Israel.