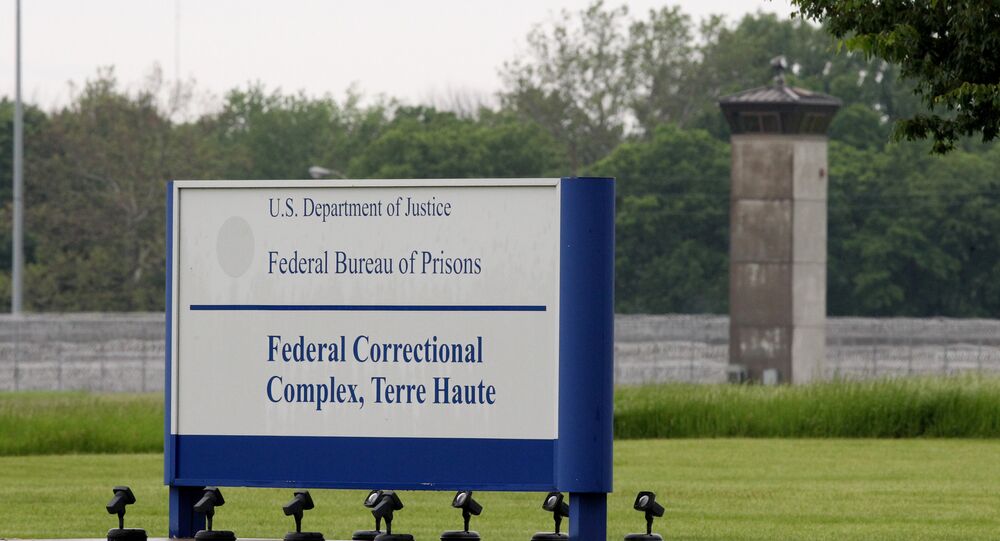 US Secretary of State Mike Pompeo told Fox News on Thursday that John Walker Lindh, the first US-born detainee in the War on Terror, is still a threat to the United States, and is "still committed to the very jihad that he engaged in that killed a great American and a great CIA officer".

After serving 17 years of a 20-year sentence for pleading guilty to providing support to Taliban fighters in Afghanistan, US citizen John Walker Lindh has been released from a federal prison in Terre Haute, Indiana, on probation, authorities said.

The so-called "American Taliban" was captured in November 2001 and was filmed by CNN telling US forces how he had wound up at the Qala-i-Jangi jail in Balkh, northern Afghanistan, and survived a Taliban uprising there that killed hundreds of Taliban prisoners and CIA officer Johnny Mike Spann.

Spann is said to have interrogated Lindh just hours before the revolt, but the terrorist didn't warn him about the prisoners' plans. Now, Spann's family, namely his daughter Alison, who was only nine when her dad was murdered, says that Lindh's early release is a slap in the face for them and for every person killed in the 9/11 attacks.

"He is getting released early because of his good behavior in prison. For my family, terrorism does not equal good behavior", she told ABC News ahead of his Thursday release.

In a letter to Donald Trump, Alison called on the US president to prevent the convicted terrorist from getting freedom prematurely, adding that her family is "serving a life sentence, forever changed" by the death of her father, while Lindh was only sentenced to twenty years — "a term now cut short".

"Lindh will not serve his entire sentence and will be released in May 2019; the same month 27 years ago that Mike brought a daughter into the world that he would never see grow up. I feel his early release is a slap in the face — not only to my father and my family, but for every person killed on 11 Sept., their families, the US military, US intelligent services, families who have lost loved ones to this war and the millions of Muslims worldwide who don't support radical extremists", she wrote.

Alison added that Lindh, whom she called a "traitor", was training with al-Qaeda* in Afghanistan when the 9/11 attacks were planned, and he was fighting on their side after the horrifying attacks were carried out, therefore he should not be released.

© AP Photo / Allauddin Khan
Taliban Fighters Hid in Sewage Truck for March Ambush on US-Afghan Base
She was supported by her grandfather, Johnny Spann, who also urged Trump not to "turn him loose", while referring to reports that suggested Lindh "continued to advocate for global jihad" as of May 2016.

The documents by the National Counterterrorism Centre, for instance, claimed that the convict would "continue to spread violent extremist Islam on his release" and had hailed Daesh*.

According to authorities, Lindh was not accused of participating in the killing of Spann, but was present during the attack. His freedom comes with a range of court-imposed restrictions, including software on his internet devices. He is banned from viewing or possessing extremist material, is obligated to use only English online, hand over his passport, and undergo mental health counselling.