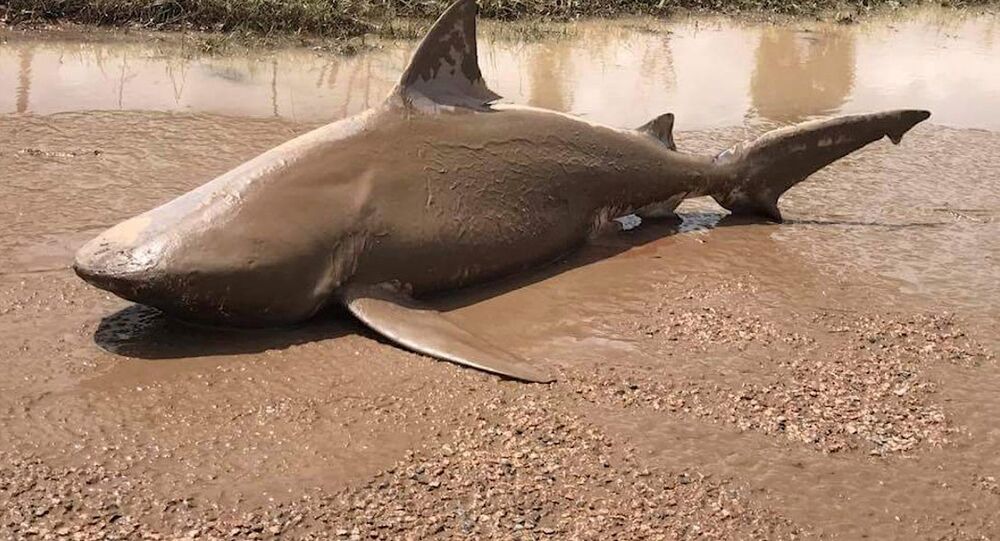 So-called bull sharks are considered to be one of the most dangerous sharks in the world.

Two fishermen, Joshua Jorgensen and Ryan Nitz, have caught a 400-pound shark in a river in Florida, US, the Daily Star reports. A pair of adrenaline junkies uploaded a video to YouTube showing the entire operation of catching the giant shark.

The men said they had spotted the animal a few days prior to the said incident and decided to hunt for it. According to their plan, they placed a mutton snapper carcass on the riverbed, and very quickly afterwards the shark took the bait.

But things did not go smoothly for the fishermen: after being hooked the shark took off, and this made the entire operation last for about an hour. After finally catching the shark, the pair spent some time examining its size and taking pictures with it before releasing it back into the water.

The video showing this shark hunt has attracted many viewers, some of them expressing their shock at learning that sharks can be found in rivers.