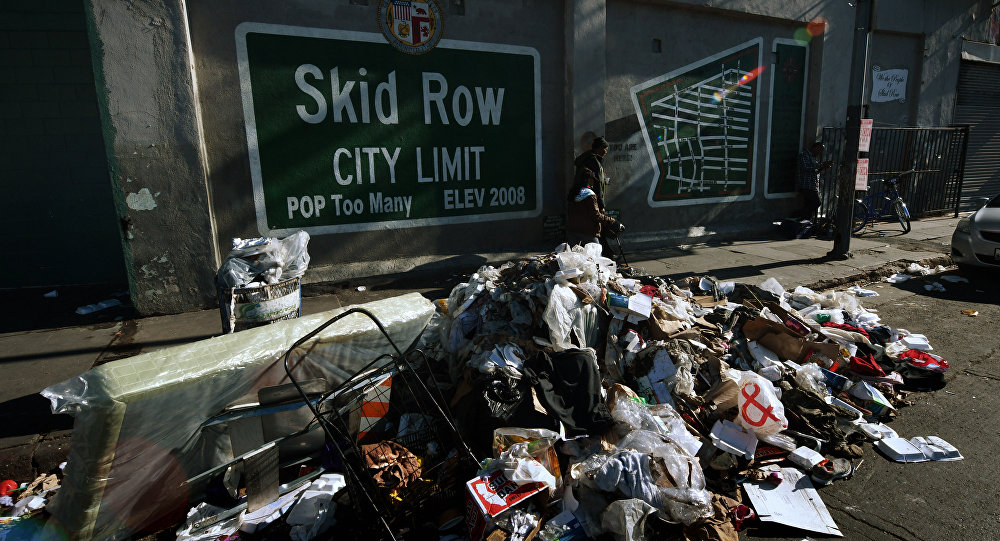 Los Angeles has been dealing with an outbreak of typhus since October 2018, but the number of cases has steadily increased in the first months of 2019. Typhus is a disease typically caused by infected fleas that hitch rides on rats and their faeces.

Relentlessly growing piles of garbage have become a major problem for residents in the city of Los Angeles, since the accumulated trash is believed to have already caused an outbreak of flea-borne typhus and is now feared will spark a new epidemic — bubonic plague, NBC Los Angeles reported. 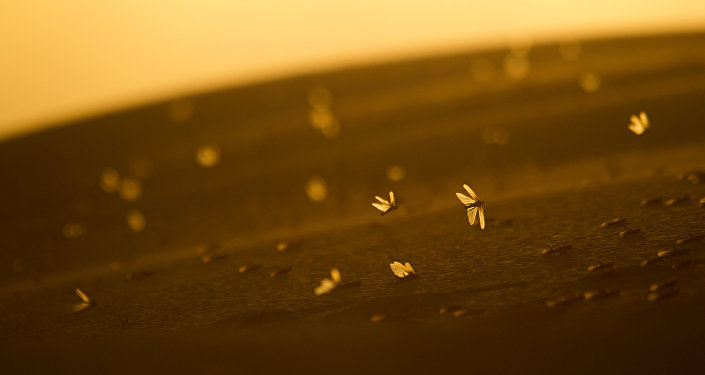 © AP Photo / Ariel Schalit
Locust Plague in Saudi Arabia Fulfils Biblical Doomsday Prophecy − US Pastor
Therefore, an out-of-control rodent population can spur the outbreak of bubonic plague or salmonella. In addtion, the rats can carry typhus-infected fleas that can transmit the disease to humans through bacteria rubbed into the eyes or cuts on the skin, causing such symptoms as high fevers, headaches, body aches, chills, and rashes.

According to NBC Los Angeles, despite the risk, the city has no plan to take control over the growing rat population raiding the mountains of trash downtown.

In October 2018, after at least nine reported cases of typhus, Los Angeles officials removed some of the piles of garbage, but today it could reportedly take up to three months to clean them up once again. In total, 124 cases of typhus were reported by Los Angeles County last year, per NBC LA.