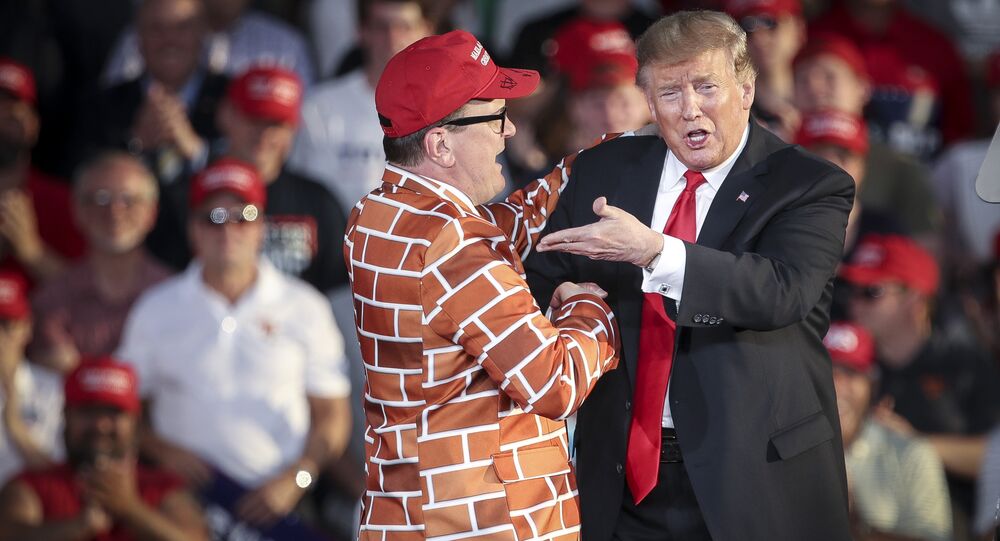 A wall that would prevent the flow of undocumented migrants and drug trafficking to the United States was one of President Donald Trump's main campaign pledges in 2016.

US President Donald Trump invited a man dressed in a full brick wall suit onstage during a 2020 campaign rally in Pennsylvania. Trump noticed the supporter while talking about the wall on the US-Mexico border and decided to address him personally.

"Can we get him up here?" the US president said. "Get him up here! Look at this guy!" After that Trump posed with his fan for a photo, which subsequently went viral.

Redditors later identified the man as user u/MagaRuler, an active member of the Pro-Trump r/The_Donald reddit. The blogger later confirmed his identity, posting footage from the rally.

Despite the opposition to Trump's project in Congress, the Department of Defence earlier this month redirected $1.5 billion in funds in order to help pay for the construction of 80 miles of wall along the southern border to address the illegal immigration crisis.