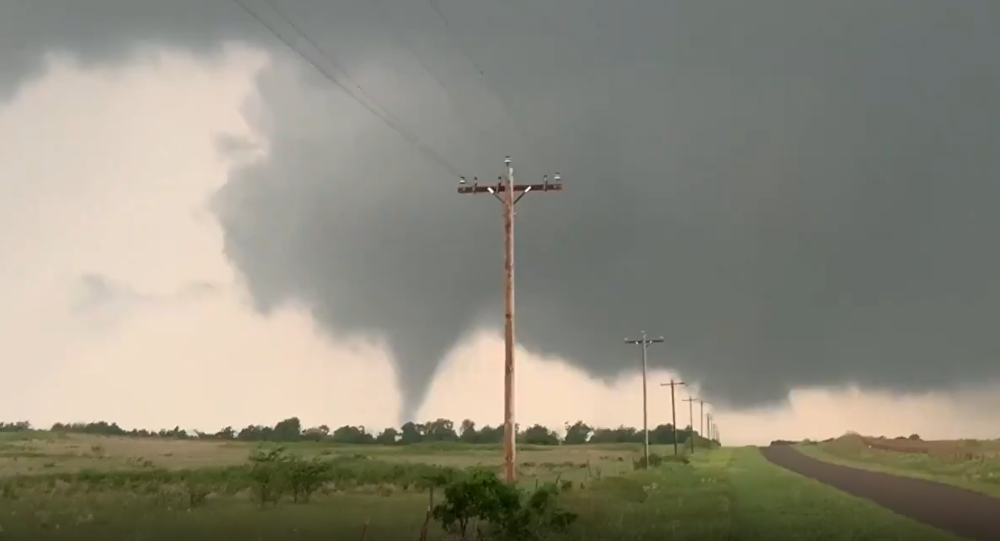 On Monday morning, the US National Weather Service (NWS) issued a tornado watch for sections of Oklahoma and Texas following a weekend of storms in Nebraska and Texas.

The NWS urged Oklahoma and Texas residents to heed the warnings regarding their immediate areas Monday morning, as an "outbreak of severe thunderstorms," tornadoes and even hail were predicted to ravage the Great Plains states.

Winds were predicted by forecasters to exceed 75 mph.

Long-track, fast-moving, and intense tornadoes will be possible today across parts of Texas & Oklahoma. Large hail and damaging winds also a concern.

Today's a day to plan ahead. Have multiple ways to receive weather information. pic.twitter.com/HEH2nYEmSa

The federal agency estimated over 2 million people could be impacted by the storm, which was labeled "high risk," scoring a 5 out of 5 on its scale. NWS added that this was only the second time on record in NWS Storm Prediction Center history that "every category of watch probabilities (torn, wind, hail) are greater than 95%."

West of Paducah TX. This was a little after 3pm. #TXwx pic.twitter.com/g2SRe3VWid

Texas' Midland County also had a tornado touch down.

Here’s a better one I think if y’all want to use. Focused more on the tornado itself. #westtexas#385#odessa#midland pic.twitter.com/4ZCMjerUwN

Stormchaser Aaron Jayjack was able to capture both the calm before the storm and an actual tornado while on the scene in Mangum, Oklahoma.

Some calm and peace in SW Oklahoma before things get ugly. I will be streaming live on YouTube and Facebook #okwx pic.twitter.com/jQEONfEq6P

Some of the most incredible videos we receive are from the viewers, right outside of their homes! This is a video of the Mangum tornado earlier today from Dawson Henry. @kfor #okwx pic.twitter.com/iW3KyofNkp

A local Oklahoma outlet was quick to get pictures of the damage caused by the tornado south of Mangum.

Mike Williams @WxOklahoma with a CONFIRMED #TORNADO South of Mangum. Damaged a home south of Mangum. EVERYONE IS OK. OHP has checked on it it and everyone is alright. #OKwx PDS tornado warning in effect debris being lofted pic.twitter.com/p1GIOwbNPj

Not one, but two tornadoes were spotted outside of Crescent, Oklahoma.

A number of areas also experienced icing and hail. A Wellington, Texas, farmer shared a photo of baseball-sized chunk of hail that fell in his city.

While many may have been able to get to shelters, local and national weather stations stressed to Oklahoma City residents idents that OKC does not have public tornado shelters.

"Traffic congestion from hundreds or thousands of other residents trying to get to public shelters could have tragic consequences," the city's website reads. "Being in a vehicle is one of the most dangerous places to be in a tornado, and risking a drive to a shelter during severe weather could be deadly. Many deaths attributable to tornadoes are attributed to being in a vehicle." 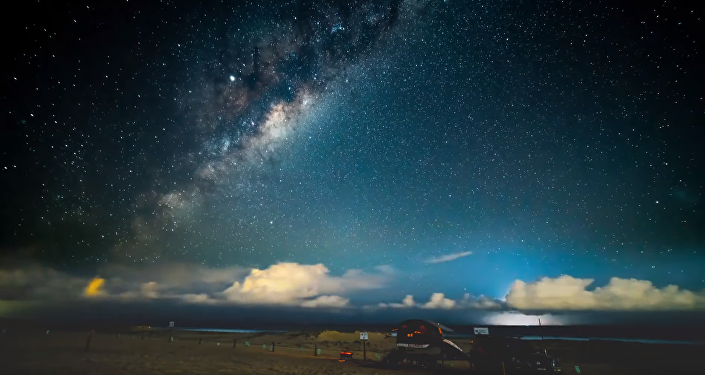 While it is too early to get a count of those injured within the areas, as they remain under watch, initial reports from local Oklahoma outlet Stillwater News Press, citing personnel in Enid, Oklahoma, say a man was struck by lightning and rushed to the hospital for related injuries Monday morning.

Storms will continue throughout the night, and tornadoes are expected to touch down in parts Oklahoma and Texas. Regions of Kansas and Missouri are under watch until at least Tuesday as the storm system travels.

A Scary Guest From Nowhere: A Man Captures Tornado in His Yard on Video