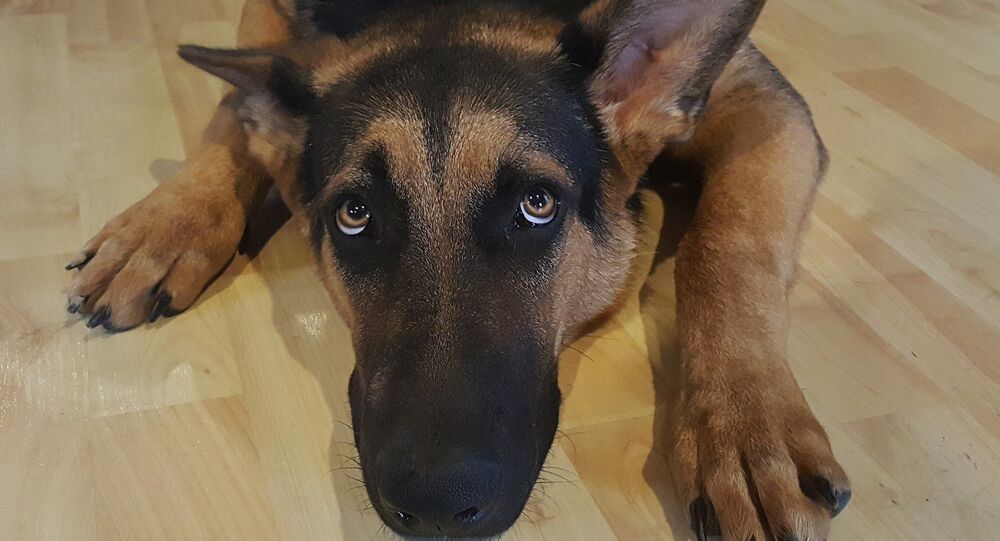 The inmate, who is also the owner of the dog the ladies allegedly had sex with, reportedly sought to enlist their aid to influence a witness in his case.

Denise Kearney and Ashley Pinkett, two women in Virginia, now find themselves being accused of engaging in sexual activities with a dog while “communicating” remotely with an inmate, WTKR reports.

According to the media outlet citing court records, the women allegedly had sex with a dog belonging to the aforementioned inmate, Jermaine Gaye, while “he encouraged them over the phone from the Norfolk City Jail”, with Pinkett photographing the act.

Also, "on April 11 and April 12, during a video chat from the Virginia Beach Jail, Pinkett allegedly had sex with Gaye’s dog at home while Gaye encouraged her over video chat with what appeared to be a white towel draped over the back of his head", the media outlet states.

Jermaine Gaye was arrested on 31 January for a hit-and-run which left two people hospitalised, and is now facing 34 charges, including several counts of animal cruelty.

As the media outlet points out, while being held in Norfolk Jail, Gaye conversed with three women on the phone, apparently trying to convince them to lean on the witness in his case, with court records stating that Kearney and Pinkett allegedly called the witness and attempted to persuade her "to either change her story or not come to court".

Pinkett is facing 20 charges, which include bestiality, animal cruelty and tampering with a witness, while Kearney is facing seven charges.