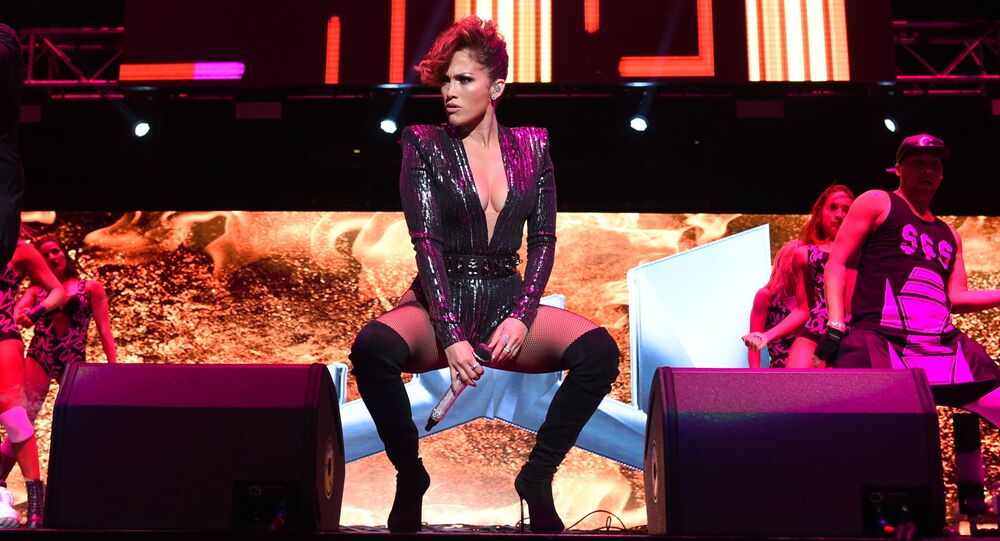 Despite approaching 50, Jennifer Lopez is back with a sizzling hot music video and seemingly has no plans of letting up.

The Hustlers actress, cast as a stripper in an upcoming movie, really got into character in her latest music video for “Medicine”, a remix with DJ Steve Aoki.

The multi-hyphenate entertainer danced around a pole while wearing high heels in just a top and thong.

J.Lo wears a black tank top with “Karma” written on it as she performs in the music video for her catchy song.

As the video progresses, the sexy booty icon changes into a different sweatshirt which reads “Fate,” then one with “The only one” written on it.

The famously curvy entertainer also rocks a tulle gown, as images quickly flash as she dances.

© Photo : instagram screenshot
Jennifer Lopez and Alex Rodriguez Announce They Are Engaged
J.Lo has enjoyed a great year, with her movie, Second Act, coming out, numerous music videos, and her engagement to fiancé Alex Rodriguez, 43.

Now, J.Lo is gearing up for her 2019 tour “It’s My Party: The Live Celebration”, her first in over six years, which kicks off in New York City this summer.

Despite being 49 Lopez still has great global appeal and boasts a remarkable career spanning across music, film, television, fashion and more.

Jennifer Lopez and Alex Rodriguez Announce They Are Engaged