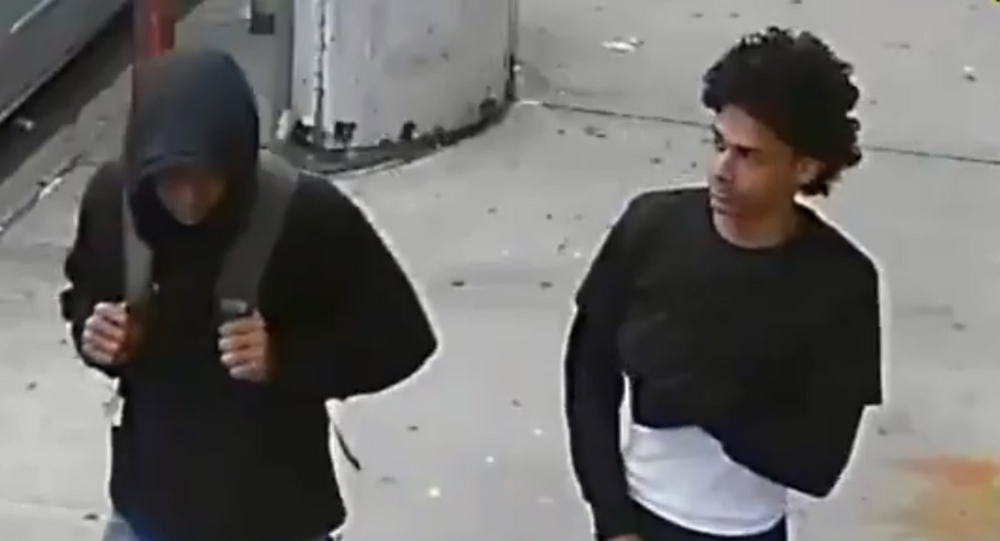 Officials with the New York Police Department (NYPD) are on the lookout for two individuals who are linked to a playground shooting that occurred at the Walton Park in the city's Bronx borough earlier this week.

Surveillance footage obtained and later released to the public by NYPD shows two New Yorkers approach a basketball court at the park before one of the men decides to pull out his firearm. Video shows a crowd of children and adults run for their lives as the man fires a hail of bullets.

​After the scene was assessed, it was determined that a 16-year-old boy was shot in the foot and a 47-year-old man was shot in the forearm, according to local news station ABC 7. The pair were later transported to the New York Presbyterian Allen Pavilion Hospital. They are presently in stable condition.

Police say the incident happened at roughly 7 p.m. local time on Wednesday. The basketball court is located on the corner of East 181st Street and Walton Avenue in the Morrisania section.

​The two culprits ultimately split up after the shooting, with one running north on nearby Jerome Avenue and the other running west on Walton Avenue, the New York Daily News reported. It's unclear if either victim was the intended target of the shooting.

Although the motive behind the incident is still uncertain, police have speculated that it could be the result of gang-related activity. Anyone with information is being urged to contact the department's Crime Stoppers Hotline.