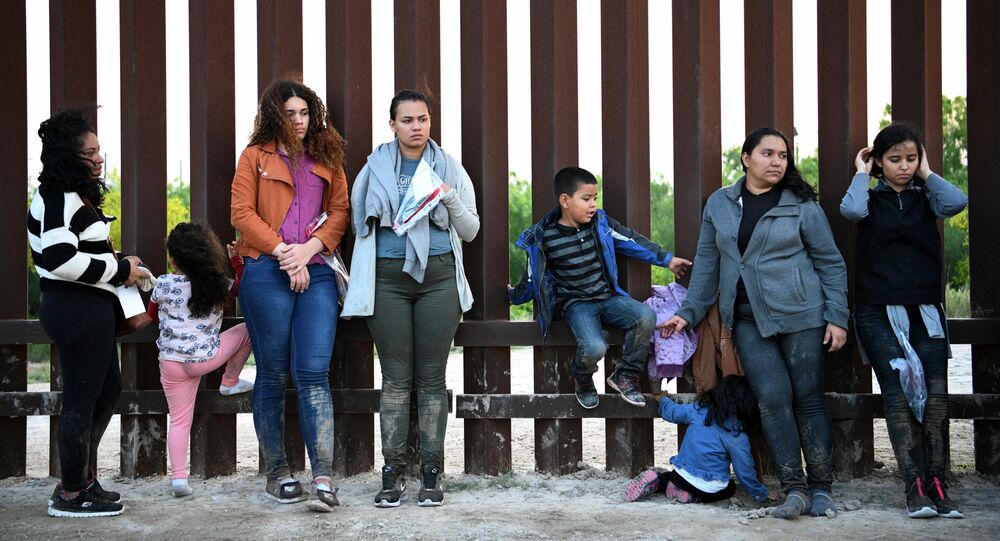 Immigration and Customs Enforcement (ICE) officials are warning of the “unprecedented level of child endangerment” at the border between the US and Mexico after an illegal migrant allegedly tried to pass a 6-month-old off as his own child.

On May 7, US Border Patrol officers apprehended Amilcar Guiza-Reyes, a 51-year-old man from Honduras, after authorities caught him crossing the Rio Grande River in an area near Hidalgo, Texas, with a 6-month-old baby, according to an ICE press release.

The Honduran national initially said he was the father of the baby and even presented a Honduran birth certificate at the Central Processing Center as proof of his claim. However, during a Homeland Security Investigations (HSI) examination, Guiza-Reyes admitted the child was unrelated to him and the birth certificate was fabricated. According to ICE, he admitted that he had intended to use the baby as a means to enter the US.

“Cases like this demonstrate the real danger that exists to children in this disturbing new trend. And while we have seen egregious cases of smugglers renting and recycling children, this case involving a six-month-old infant is a new low — and an unprecedented level of child endangerment,”  HSI acting executive associate director Alysa Erichs said in a statement on Thursday.

© AP Photo / Mark J. Terrill
Senator Graham Unveils Proposal to Tackle Humanitarian Crisis at US Border
Guiza-Reyes — who had already been deported from the US in 2013 — appeared in federal court May 10 and was charged with alien smuggling.

This is not the first case of immigration fraud at the border. Of the 562 family units HSI officials interviewed between mid-April and May 10, agents identified 95 of them as fraudulent.

HSI, which serves as DHS’s investigative force, has deployed 130 personnel to the border, including forensic interview specialists, victim assistance specialists and document examiners. HSI has also completed a pilot program that involved DNA testing individuals who claimed to be in a family unit, with the agency now assessing the effectiveness of this program.

“Our goals remain twofold: One, to protect children from being smuggled across the border by ensuring they are with their parents and not being used as pawns by individuals attempting to exploit immigration loopholes,” Erichs said. “And two, to identify and stop the criminal organizations that are generating false documents and supporting child smuggling.”

One such loophole was previously identified by GOP Sen. Lindsey Graham. In a recent proposal to update immigration law, Graham pointed out that the 20-day limit for authorities to hold unaccompanied minors and families before having to release them into the US is encouraging migrants from Central America to cross the border illegally. The bill proposes the establishment of refugee processing centres where families can be held together for up to 100 days while their claims are being processed without being released into the US.