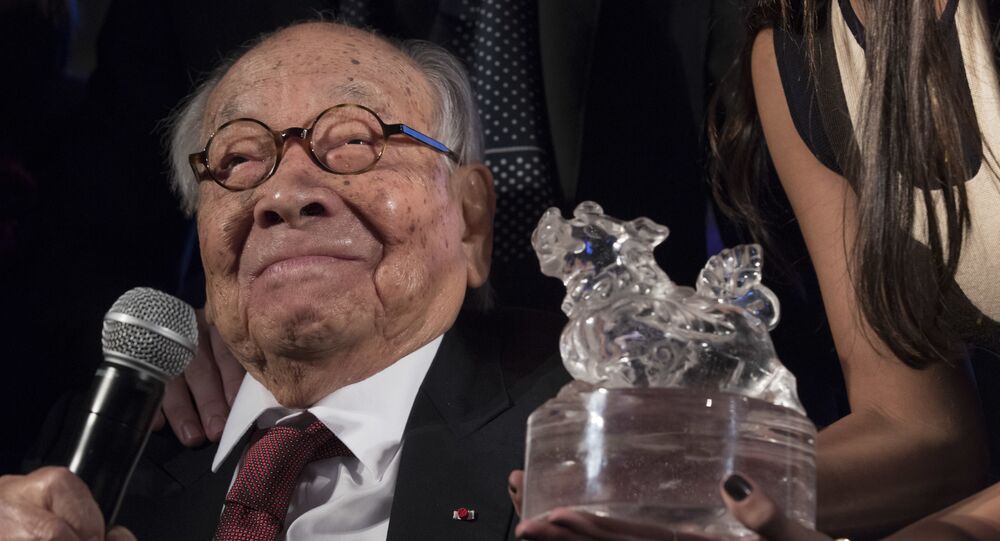 I.M. Pei, the architect who designed the Louvre Pyramid and forged a distinct brand of modern building design with his sharp lines and stark structures, died at the age of 102.

The Chinese-born Pei was the mastermind behind the bold Louvre pyramid in Paris, the landmark 72-story Bank of China tower in Hong Kong and Athens' Museum of Modern Art.

His revered projects also include the Rock and Roll Hall of Fame and Museum in Cleveland, Ohio; the Miho Museum of Shigo, Japan; the Morton Meyerson Symphony Center in Dallas, Texas, and The John F. Kennedy Library in Boston, Massachusetts. He also was commissioned to design the Museum of Islamic Art in Doha, Qatar, which opened in 2008.

© Photo : Mika Huisman, Decopic, decopic.com/WAF
Oscars for Buildings: 2018 World Architecture Festival Names Winners
18
Born in China in 1917, banker's son Ieoh Ming Pei came to the US at 17 to study architecture, receiving an undergraduate degree in the field from the Massachusetts Institute of Technology in 1940 and then receiving a master’s degree in architecture at Harvard University's Graduate School of Design in 1946.

In 1975, Pei was elected to the American Academy and Institute of Arts and Letters. Three years later he became Chancellor of the Academy, the first architect to hold the position. He was also one of 12 naturalized US citizens then-president Ronald Reagan awarded the Medal of Liberty in 1986.

The architect was also awarded the title of Chevalier in the Legion d'Honneur by then-French president Francois Mitterrand in 1988 for the project of Louvre’s glass pyramid, later raising him to the rank of Officier when Phase II of the glass-and-stainless steel Grand Louvre pyramid was completed in 1993. That same year, US president George Bush awarded Pei the Medal of Freedom and he was also elected an Honorary Academician of the Royal Academy of Arts in London.

Pei dedicated energetic efforts through the years to supporting the arts and education, serving on visiting committees at the Metropolitan Museum of Art in New York, Harvard and MIT as well as a range of US government panels, including the National Council on the Humanities and National Council on the Arts. He gave the $100,000 prize money he was awarded as laureate of the Pritzker Architecture Prize to setting up a scholarship fund for Chinese students to study the craft in the United States, on the condition that they return home to work as architects.

Faulty Towers: Hundreds of Buildings Across UK at Risk of Collapse – Architect