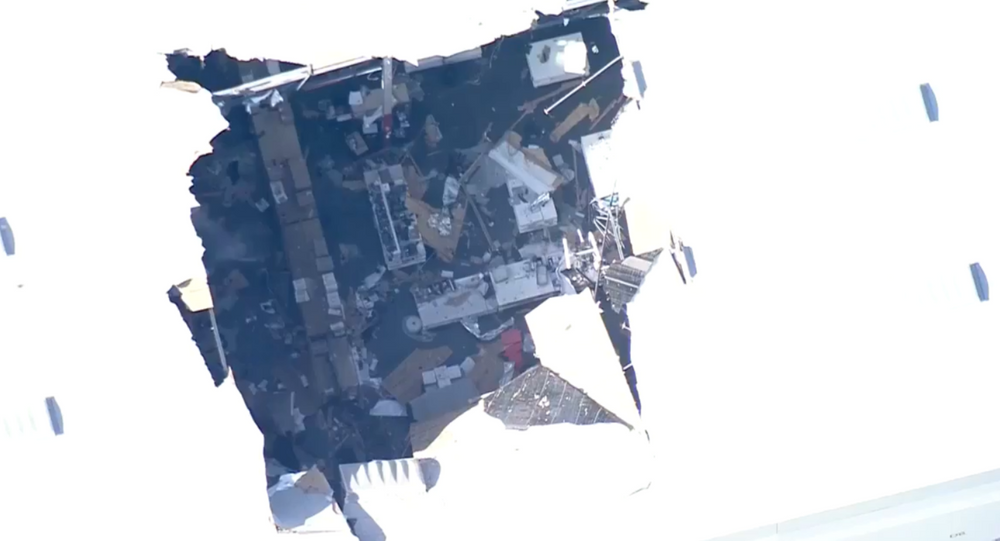 An F-16 Fighting Falcon fighter jet on Thursday crashed into a warehouse at the March Air Reserve Base in Riverside County, California.

Local media reports indicated that first responders requested a "full hazardous materials response" as a result of the aircraft being loaded with ordnance.

​The Riverside County Sheriff's Department reported that the pilot was able to eject safely from the jet and is presently being evaluated by medical personnel. It's unclear if the individual sustained any injuries. The agency has urged locals to steer clear of the area.

#BREAKING image from inside a warehouse near March Air Reserve Base where a fighter jet crashed this afternoon Courtesy: Jeff Schoffstall pic.twitter.com/OJa0WBRMnM

​Local outlet NBC Los Angles reported that the fighter jet had "pancaked" onto the roof of the warehouse. Deputy Fire Chief Timothy Holliday told the station that a fire had initially broken out, but that the pilot had been able to parachute out of the aircraft beforehand.

​As a result of the crash, the immediate area has been shuttered by officials. Both the northbound and southbound lanes of Interstate 215 have been blocked off, according to the California Highway Patrol.

Ty Stanonis, a local who witnessed the crash told Fox 11, that everyone around him was in "complete disbelief" of what they just seen. He added that there were individuals outside of the building, but that he was unsure if anyone was inside.

​Officials have not indicated whether or not the warehouse was empty at the time of the crash. According to ABC 7, the pilot was part of the 144th Fighter Wing, which is an Air National Guard unit stationed in Fresno, California. The aircraft belonged to the South Dakota Air National Guard in Sioux Falls.