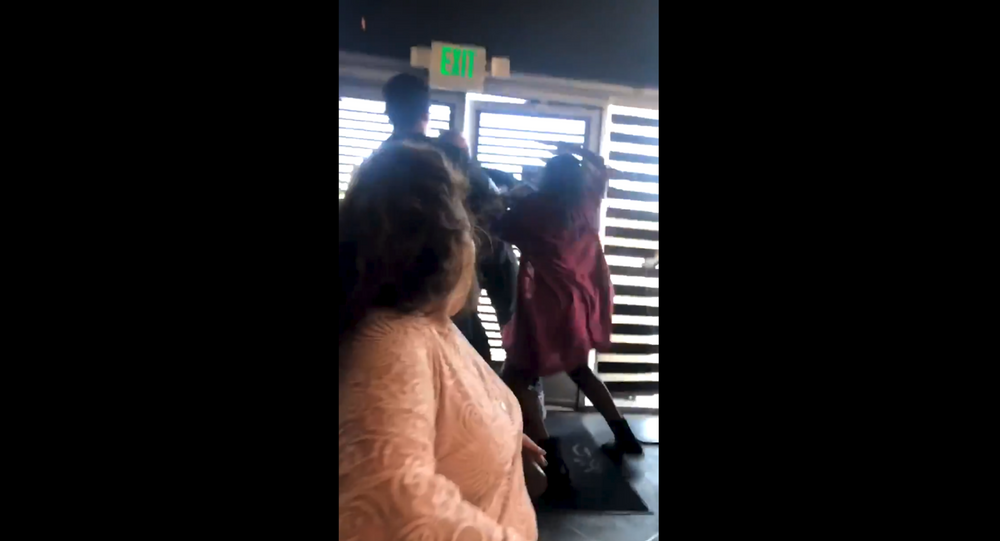 Wanting to take his mom out to a nice eatery on Mother's Day, California resident Ivan Velasco selected Aburi, a sushi restaurant in Long Beach. Although things might've started on a high note, the experience ended chaotically after a fellow restaurant goer decided to go on a racist rant.

Velasco wrote in a Twitter thread that the restaurant had been experiencing double digit wait times, as is typically expected on a such a widely celebrated holiday, and that many guests had opted to wait in their cars until the establishment's reservation system alerted them that their table was ready.

"The waitlist is done electronically, where you input the size of the party and phone number. This way they text message you once it's your turn to be seated," Velasco explained, before noting that the disgruntled customer became enraged after he saw a party being seated after appearing to wait only a minute.

The unidentified customer first demanded to be seated at a table before being informed by the hostess that he'd have to wait. Refusing to take no for an answer, he walked over to the restaurant's bar in the hopes of being seated there — only to have his dreams squashed by staff.

The first video shared of the incident by Velasco shows the customer yelling at employees about the reservation system and calling their explanations "bulls**t. He is seen in this video abruptly walking out of the restaurant.

​However, that was not the end of the matter. Moments later, he reappeared, directing his anger yet again at restaurant employees before a frustrated fellow customer decides to intervene and tell the man to "get the f**k out."

A woman who seems to be with the man making the racist remarks attempts to deescalate the situation by pulling the individual out of the restaurant, but to no avail. Three other diners, including the one who was referred to as a "monkey man," eventually confront the man head-on as others in the establishment try to keep all parties calm.

Although both men appear ready to throw down, it's a woman in a red sweater who approaches with the two other upset restaurant goers who actually swings a fist at the shouting man. The unidentified woman connects at least five times before she's pulled away.

Screenshot/waseem khizer
WATCH: US Air Force Technical Sergeant Who Posted Racially-Charged Video Gets Demoted
In the end, police were called to the scene, and according to local media outlets, two of the three diners who confronted the man were given citations for battery. It's unclear if the disgruntled table seeker was cited as well.

Following the heated situation, the unidentified woman contacted Velasco and gave him her statement on the altercation. In it, she explained that she made the decision to jump in because she "was afraid that he'd hurt other people — innocent people."

"It's disheartening to know there are still people in this world who believe they're entitled to be rude, racist, and disrespectful," she said in the statement. "In this political climate, situations like this have become more frequent. We as a society have to protect and stand up for each other."

"No one deserves to be degraded in any way for simply existing," she added.

It's unclear if the restaurant has issued bans to any of the parties involved in the brawl.