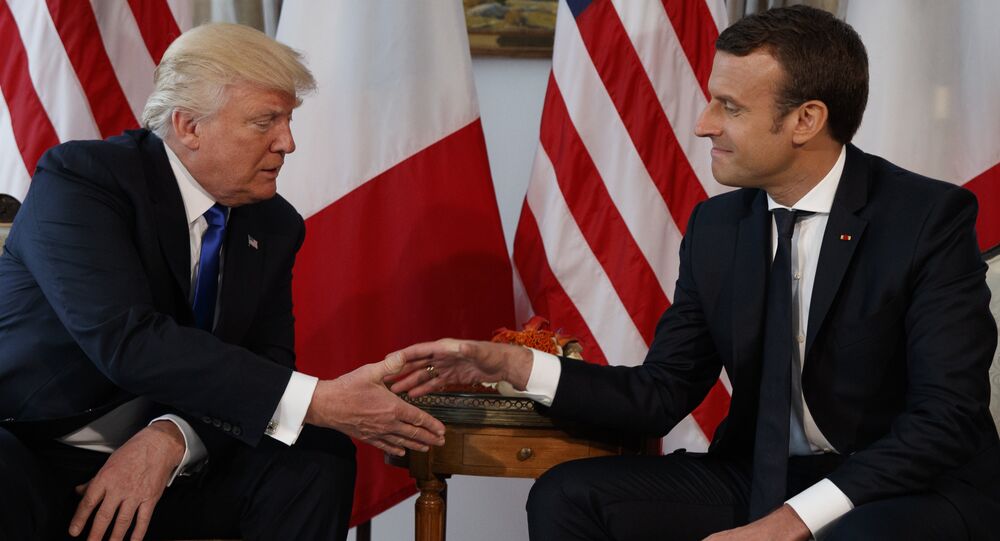 Amid the ongoing standoff between the EU and the US over higher tariffs introduced by Donald Trump, Emmanuel Macron has slammed the American business model as being driven by big private actors, but praised the EU’s approach.

French President Emmanuel Macron has stated that major private sector players in the US are no longer subject to democratic control, criticising their excessive influence in the country.

"The US [… has] a model today which is completely driven by big private actors who are therefore are no longer under democratic control, in a way. So there is no longer a government in the US that can guarantee you respect to your independent, real policies like climate change or others", he said at a Q&A session at a tech summit in Paris.

At the same time, he expressed a critical view of the Chinese model, which is too centralised and state-controlled, according to him. He opposed both the US and Chinese models of running a country, praising the European approach. According to him, the EU is “building a competitive model, of innovation, of wealth creation, of talent … which is democratic and driven by the common good in Europe."

France, as well as the European Union, has vehemently opposed a number of decisions taken by the current US administration, ranging from the withdrawal from the 2015 Iran deal and the re-imposition of sanctions against the Islamic Republic, which has impacted the European companies, to introducing higher import tariffs, which has escalated into a trade rift.

READ MORE: Merkel Says Postwar Order Over, Calls on Europe to Unite in Face of US

The tariff war broke out last year when Donald Trump imposed higher taxes on steel and aluminium imports. Europe responded with counter-tariffs on a number of US goods; although, last July the EU and the US reached a truce, as Trump vowed not to impose punitive tariffs on EU cars.

However, tensions have recently peaked again. Trump has for some time been mulling over the idea of using national security concerns as a justification to implement auto tariffs as high as 25%. The White House faces an 18 May deadline to decide whether to slap duties on car and auto part imports. Although according to the recent reports, the decision to impose tariffs on cars could be delayed by up to six months as the administration risks sparking fresh global trade clashes amid the escalating trade conflict with China.

Two-Faced Janus: Is Macron Snubbing US by Boosting Sino-French Ties?

Macron: Being US Ally Does Not Mean Being Vassal State