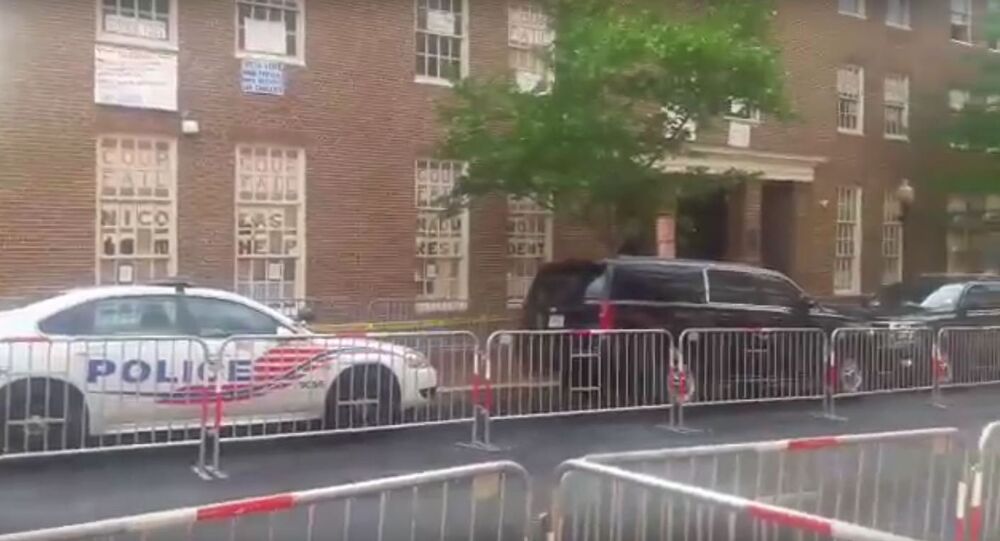 Activists inside the Venezuelan Embassy in Washington were arrested by the Department of State with the assistance of the US Secret Service, a spokesman has confirmed to Sputnik.

Code Pink activist Ariel Gold told Sputnik that there were no activists or press representatives near the Venezuelan Embassy when the US authorities detained the remaining four activists who were protecting the facility in Washington from any attempt by the United States to seize control of Venezuela's diplomatic mission.

"Nobody was at the scene at the time, no other activists and no press. By the time we arrived, you can see that the building and the entire scene looks empty", Gold said. "So, we don't have any idea if they are still in fact carrying out the arrest inside, if they are being hauled out the back […] or if our friends are in fact already now in police custody".

She added that they got a phone call from one of the activists that were inside, Kevin Zeese, who told them that police were breaking into the building.

"Adrienne Pine, who is also inside the building, put out a tweet saying they are breaking down the door", she said.

Activists with the Embassy Protection Collective have been living inside the embassy since 24 April at the invitation of Venezuelan diplomats in order to prevent the US and Venezuela's opposition from taking over the facility.