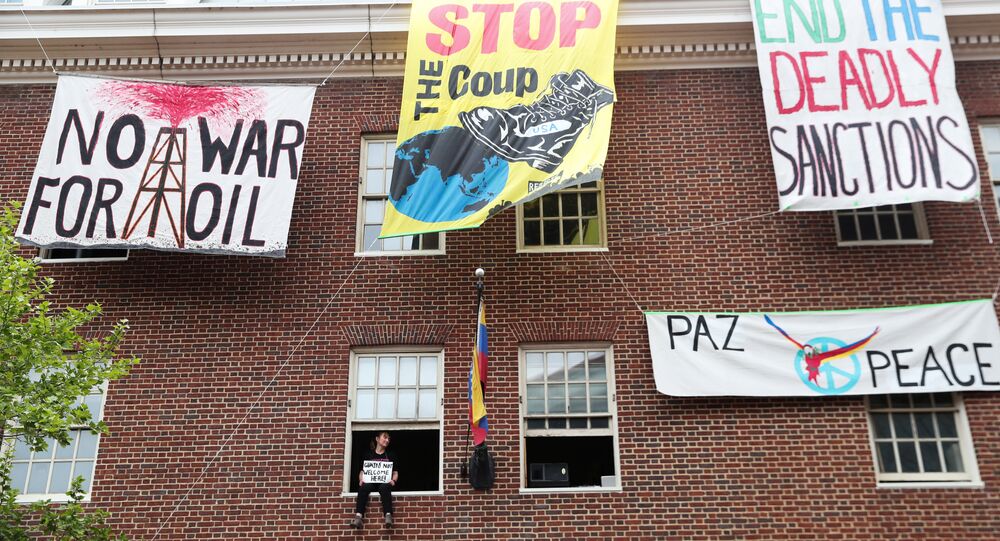 Situation Around Venezuelan Embassy in Washington, DC After Police Raid

US police have broken into the Venezuelan Embassy in Washington, DC and apprehended four protesters from the Embassy Protection Collective.

Reacting to the development, an activist from the anti-war group CODEPINK condemned the move as violating the Vienna Convention.

The Embassy Protection Collective activists have been staying in the Venezuelan Embassy since April. US authorities turned off the water in the embassy on Saturday and have prevented food and medical supplies from being delivered to the facility.

Police have been sieging the embassy despite resistance from activists supporting the diplomatic mission loyal to the country's elected President Nicolas Maduro and accusations of breaching the inviolable status of the embassy.