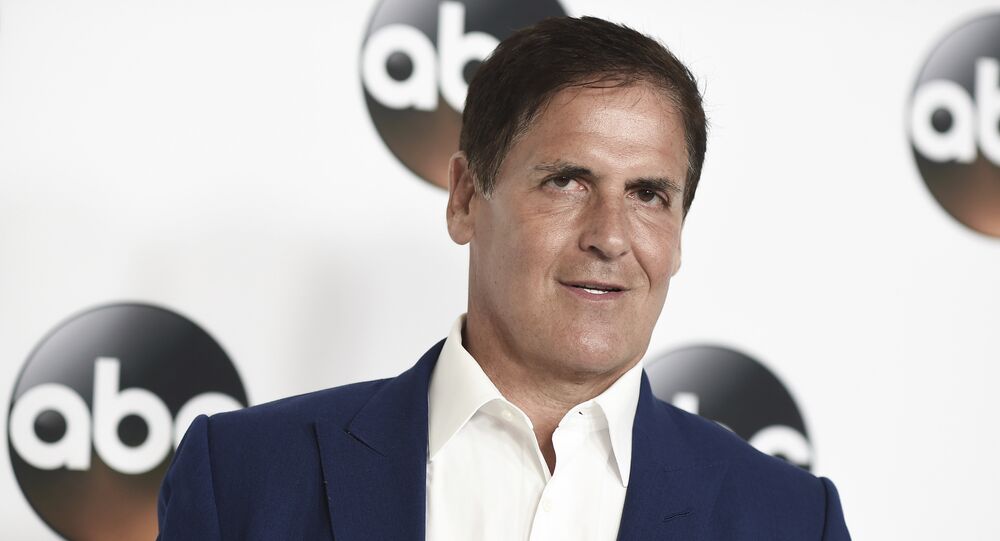 Billionaire businessman Mark Cuban said in an interview Tuesday that he doesn’t think any of the Democratic candidates for the 2020 presidential race can beat President Trump right now.

“I like Vice President Biden. I think he’s smart and he could do a decent job, but I think it’s way too early to tell,” Cuban said.

© AP Photo / Pablo Martinez Monsivais
Who's Jo? Biden Logo For 2020 Presidential Campaign Has Netizens Cackling
He laid out several problems that Democratic candidates are facing, and the first of them is that all 23 of the candidates running are politicians – and politicians are “the least trusted of every profession.”

“If you look at why people voted for Donald Trump, in my opinion, first and foremost it was because he wasn’t a politician,” he noted.

Cuban also added that most of the Democratic candidates include “trickle-down taxation” in their programs, which in his opinion “does not work.”

Asked whether he is planning to run for president, Cuban left the possibility open. He told CNBC’s Scott Wapner that some things would need to happen for him to be motivated to run in 2020, and if he did, it would be as an independent.

“We’ll see what happens. It would take the perfect storm for me to do it,” the Dallas Mavericks owner said. “There’s some things that could open the door, but I’m not projecting or predicting it right now.”

Cuban isn’t the first billionaire businessman mulling an independent bid for the White House in 2020. Former Starbucks CEO Howard Schultz also announced in January he was considering becoming a candidate, however, he has not made any known concrete moves so far.