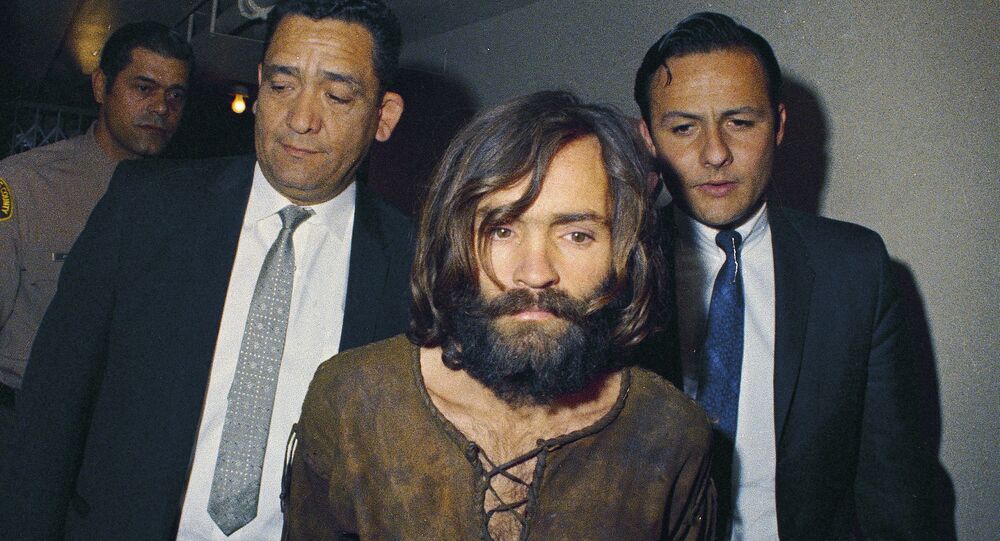 Hollywood Horror: True Story Behind Tarantino Movie as it Premieres in Cannes

In August 1969 Sharon Tate, the heavily pregnant actress wife of Polish film director Roman Polanski, was stabbed to death along with some friends at her home at 10050 Cielo Drive, just outside Los Angeles. The killers were followers of cult leader Charles Manson.

The 72nd Cannes Film Festival is set to open Tuesday, 14 May, with the premiere of Jim Jarmusch's zombie comedy The Dead Don't Die and later in the week the Elton John biopic Rocketman.

But the most eagerly awaited offering in Cannes will be the debut of Quentin Tarantino's ninth movie, Once Upon a Time in Hollywood.

The plot involves the real life murder of actress Sharon Tate —played by Margot Robbie — by members of the so-called Manson Family.

“It was immensely important for me to honor Sharon Tate’s generous spirit, I felt an enormous sense of responsibility. She really was such a beautiful character to play.” — Margot Robbie.#OnceUponATimeInHollywood pic.twitter.com/qiTvbfUS42

​Dalton's character is said to be based on actor Burt Reynolds, who lived next door to Sharon Tate, and the film also featured the final appearance of actor Luke Perry, who died of a massive stroke in March.

It is Tarantino's ninth film — after Reservoir Dogs, Pulp Fiction, Jackie Brown, Kill Bill: Volume 1 and 2, Inglourious Bastards, Django Unchained and The Hateful Eight — but it is the first to be based on a real life story.

Some clever viral marketing posters for Tarantino’s ONCE UPON A TIME IN HOLLYWOOD up on Sunset Blvd pic.twitter.com/Y3nkYBnvmd

​So who was Sharon Tate and why has her murder resonated for decades in Hollywood?

Tate was a beautiful, blonde 26-year-old starlet who had made her name in the 1967 film Valley of the Dolls.

She married film director Roman Polanski, who had directed his breakthrough hit Rosemary's Baby in 1968, and was pregnant with his child in the summer of 1969.

On the night of 8 August 1969 several followers of Charles Manson — a bizarre cult leader whose credo was a mixture of white supremacy and hippy philosophies — decided for head for 10050 Cielo Drive.

​They were actually oblivious to who lived there but knew the house had belonged to Terry Melcher, a music promoter and the son of actress Doris Day.

Melcher had auditioned Manson, an aspiring musician, but eventually decided against offering him a recording contract.

Manson nursed a grudge against Melcher and in August 1969 one of his followers, Tex Watson, told groupies Susan Atkins, Patricia Krenwinkel and Linda Kasabian he had been told to "go to that house where Melchere used to live…and totally destroy everyone in it, as gruesome as you can."

​Polanski was working on a film project in Europe and was due to return to California a week later, before Tate gave birth to their first child later.

Tate had just finished filming what would be her last film — The 13 Chairs, a comedy which she starred in alongside Orson Welles — for which she had been made the handsome figure of US$150,000.

ONCE UP ON A TIME IN HOLLYWOOD #2K19 🔥 pic.twitter.com/1SwMMSYsou

​Tate was kept company at the rented house in Cielo Drive by Polanski's friend Wojciech Frykowski and his girlfriend, coffee heiress Abigail Folger.

Just after midnight Watson and the other killers arrived at 10050 Cielo Drive and immediately shot dead Steven Parent, an 18-year-old who had been visiting the estate's caretaker.

Tate was the last to die. She begged for the life of her unborn child but Atkins reportedly told her she did not care about the baby and told her she was going to die.

​Tate was stabbed to death and Atkins used her blood to write the word PIG on the front door before the gang drove off.

The following night Watson, Atkins, Krenwinkel and Kasabian were involved in the murder of an innocent couple, Leno and Rosemary LaBianca.

Watson was sentenced to death in 1971 but it was commuted to life in prison after a California Supreme Court ruling.

Watson, now 73, has had 17 requests for parole turned down.

Tarantino had this billboard put up on Hollywood Blvd for the shooting of Once Upon a Time in Hollywood tonight and tomorrow night. Love it! pic.twitter.com/2Us4RDiONe

​Kasabian became the key prosecution witness during the Manson Family trial and was released in 1971. She lived quietly in New Hampshire but her surname was in the inspiration for a successful British rock band, Kasabian.

Polanski fled the US in 1978 after being convicted of statutory rape of a juvenile. He has lived in Europe ever since and remarried, in 1989, to French actress Emmanuelle Seigner.

Once Upon a Time in Hollywood is one of 19 films which have been entered for the coveted Palme d'Or and this year's jury will be chaired by Mexican-born director Alejandro Inarritu, who made The Revenant, also starring di Caprio.

Cut It: Weinstein Wanted Tarantino to Turn Lord of the Rings Into One 2h Movie