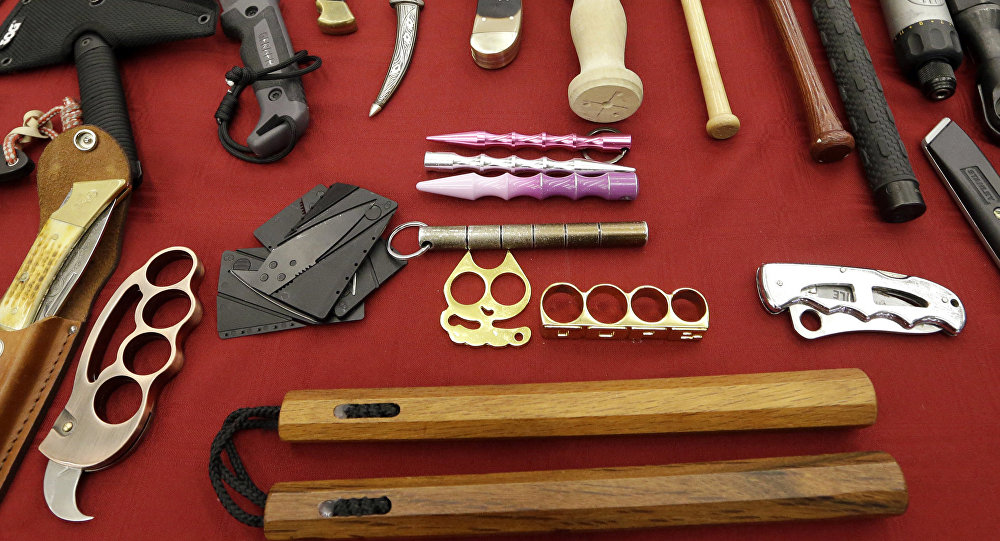 Nunchucks were previously categorised as deadly weapons along with bombs, gun silencers and automatic firearms, rendering it illegal to make, own, transport or sell them.

Arizona Governor Doug Ducey signed a bill legalising nunchucks on Friday, lifting the ban on the traditional Okinawan martial arts weapon. Prior to the passing of the bill, people found to be in possession of nunchucks could face felony charges.

"The average person can do far more damage using a baseball bat than nunchucks," a Republican from Fountain Hills, John Kavanaugh, said, as quoted by Fox News. "They're not dangerous to anybody. And we really should let kids and adults who want to do martial arts activities legally possess them."

However, opponents of the new bill said that lawmakers should worry about more pressing matters, such as gun violence, instead of legalising nunchucks.

"Instead of figuring out ways that we can save lives, we're wasting time on nunchucks,", Tempe Democrat Athena Salman said.