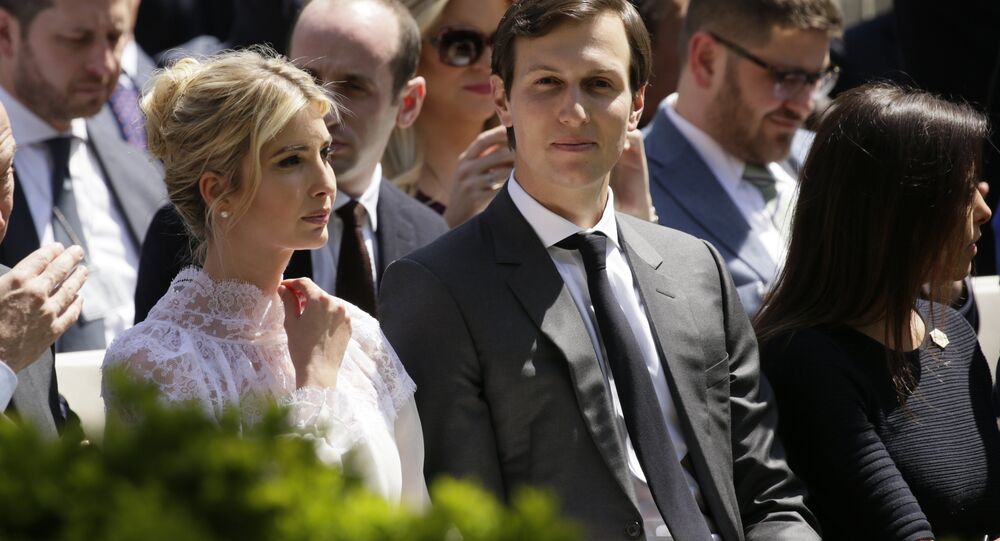 When asked about how complicated it was to work with the president’s family in the government, Kelly singled out one member of the Trump family, whom he described as a “wonderful person”.

Former White House chief of staff John Kelly had few kind words to say about certain relatives of US President Donald Trump and their role in politics during his recent appearance on Bloomberg TV’s "The David Rubenstein Show".

"They were an influence that has to be dealt with", Kelly said when Rubenstein asked him whether it was "complicated to have the president’s family in the government at the time".

Kelly himself, however, quickly added that he had no hard feelings towards one particular member of Trump’s family – Melania – the current first lady of the United States.

"By no means do I mean Mrs. Trump — the first lady is a wonderful person", he noted.

Earlier, Vanity Fair journalist Vicky Ward, author of the “Kushner, Inc. Greed. Ambition. Corruption. The Extraordinary Story of Jared Kushner and Ivanka Trump” book, said that Kelly actually tried to make Jared and Ivanka resign on Trump’s orders, and when they came to do it, the POTUS couldn’t simply “send his daughter home”.

She also added that Melania Trump is apparently the only person “who has ever successfully stood up to Ivanka Trump and won”.