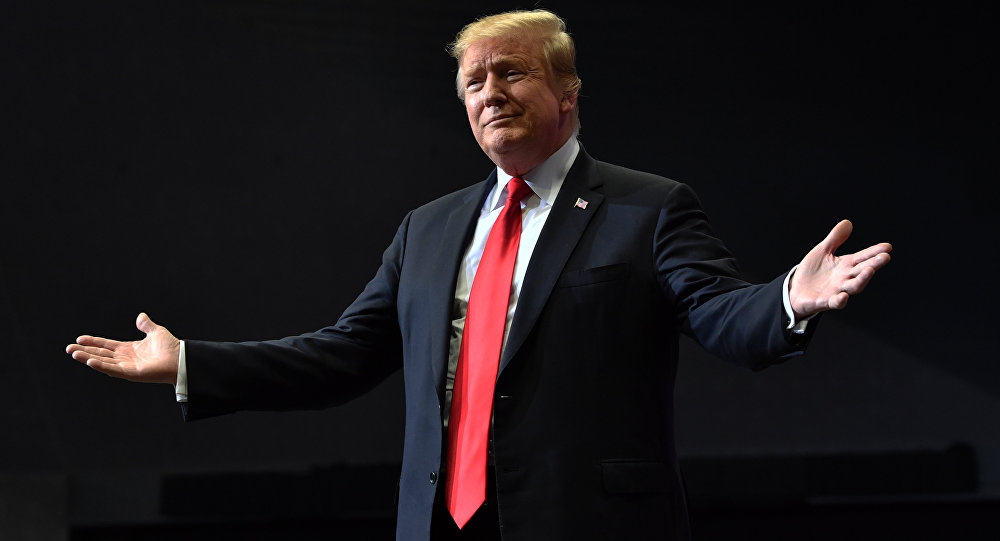 The 4rth of July, which commemorates the adoption of the Declaration of Independence, is commonly associated with fireworks, barbecues, baseball games, and parades that have never been military-themed.

US president Trump has reportedly notified officials in Washington DC of plans to potentially alter the yearly celebration with a personal address, The Hill report says.

An official in the administration of DC Mayor Muriel E. Bowser (D) said federal officials have informed the city government of potential changes to the Fourth of July celebration, noting that the city would have to reexamine logistics for the celebration and cost of the altered format, according to The Washington Post.

Trump is to address the nation from the steps of the Lincoln Memorial, moving the fireworks from its usual spot on the Mall to be closer to the Potomac River, The Washington Post reported on Friday citing the White House officials.

The new event is to be called “A Salute to America,” The Washington Post report says.

Interior Secretary David Bernhardt, who was reportedly tasked by Donald Trump with organizing the event, said that, by altering the launch site, it would “be a significant expansion of space that’s available to watch the fireworks from the Mall,” according to The Washington Post.

“And we might even have some more surprises in store for the public, very very soon,” Bernhardt added as cited by The Washington Post.

The US president got an idea of “Trump-influenced Fourth of July celebration” when he was attending Bastille Day parade in Paris in 2017, The Washington Post reports citing an official.

No president has participated in a Fourth of July celebration on the Mall in recent memory, usually celebrating at the White House, The Washington Post report says.