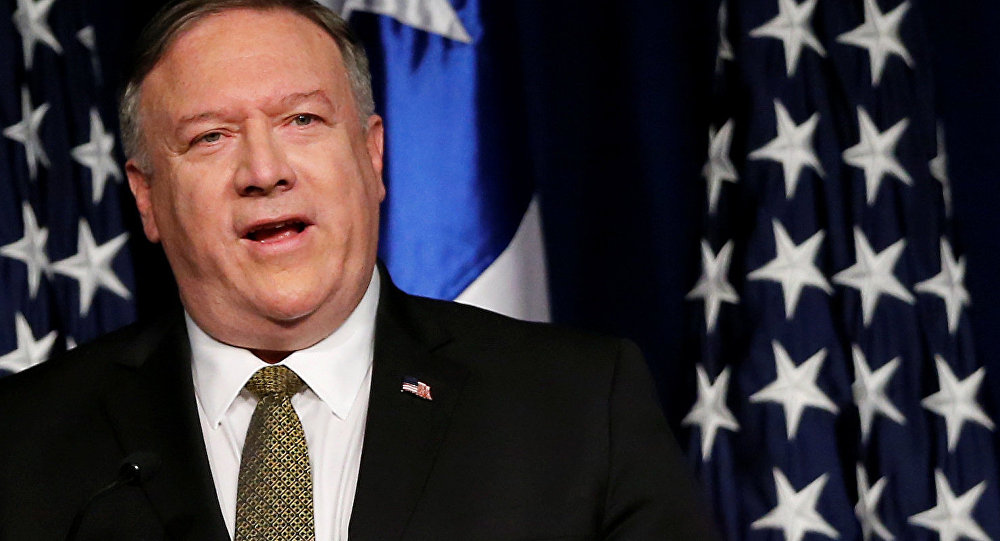 US Secretary of State Mike Pompeo on Thursday said in a statement that Iran "has engaged in an escalating series of threatening actions and statements" over the last few weeks.

"The response of the United States and our partners and allies has been clear: We do not seek war," the statement reads. "But Iran's forty years of killing American soldiers, attacking American facilities, and taking American hostages is a constant reminder that we must defend ourselves."

"The regime in Tehran should understand that any attacks by them or their proxies of any identity against US interests or citizens will be answered with a swift and decisive US response. Our restraint to this point should not be mistaken by Iran for a lack of resolve," it continues.

​Pompeo's latest remarks follow Iranian Foreign Minister Javad Zarif's announcement that the country would be cutting back on "voluntary" commitments to the 2015 Joint Comprehensive Plan of Action (JCPOA) — the long-negotiated international deal that lifted sanctions on Tehran in exchange for Iran's agreement not to pursue nuclear weapons technology and to allow international inspections of its facilities.

Tensions between the US and Iran reached a newly heated level in May 2018, when US President Donald Trump announced that the US would be leaving the Obama-era nuclear treaty, which the American president had long hailed as a "bad" deal. Washington's withdrawal from the JCPOA triggered the reimposition of a series of sanctions on Tehran that had been lifted when all JCPOA parties agreed to the accord. On Wednesday, Trump imposed new sanctions on Iran's iron, steel, aluminum and copper industries.

The US also recently designated Iran's Islamic Revolutionary Guard Corps (IRGC) as a terrorist organization. At the time, Trump stated that the move "recognizes the reality that Iran is not only a state sponsor of terrorism, but that the IRGC actively participates in, finances, and promotes terrorism as a tool of statecraft." In response, Iran returned the favor by giving the same designation to the US Central Command.

The designation, which marked the first time that Washington had formally labelled another country's military as a terrorist group, followed the 2017 sanctions that the US Treasury Department had imposed on the force.