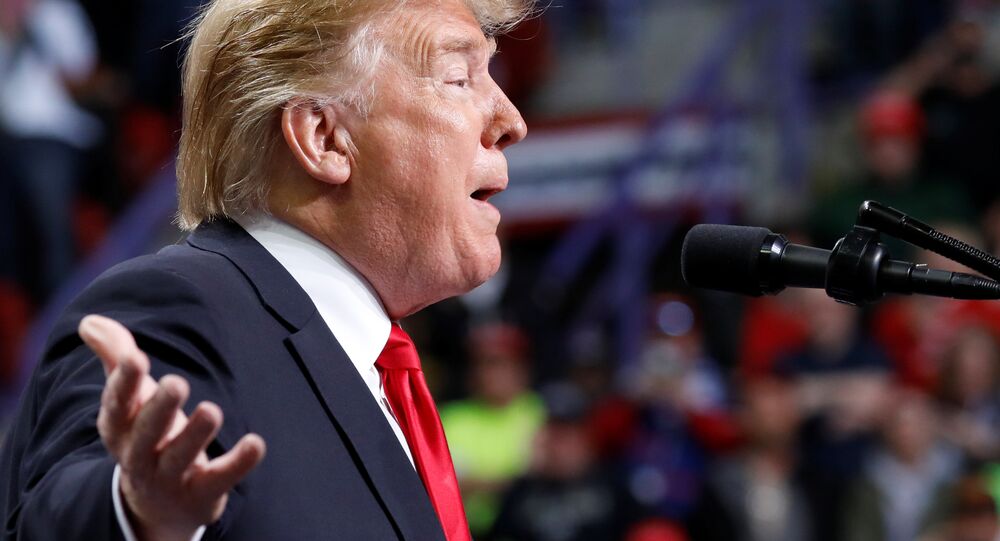 While speaking at the rally, Trump stated that unlike some countries, the United States does not allow its border security to use weapons against migrants seeking to get into the country.

During a speech he delivered at a rally in in Panama City Beach, Florida, US President Donald Trump issued a fresh broadside against the Democratic candidates he may find himself facing during the 2020 election. The US president also tackled a somewhat tricky remark about migrants by a member of the audience.

© REUTERS / Jose Luis Gonzalez
US Apprehends Record 100,000 Migrants on Mexico Border in April - CBP Data
As he was talking about the situation on the southern border of the United States, making his case for his proposed border wall, the president inquired how border security, who are relatively few in numbers, could stop "hundreds and hundreds of people" seeking to cross into the country.

In response, someone in the audience suddenly shouted "Shoot them!", prompting the president to shake his head as the crowd laughed.

"That's only in the Panhandle you can get away with that statement", the president replied, as quoted by CNN.

Prior to this exchange, however, the president stressed that border security personnel aren’t allowed to use weapons against migrants.

The president also used this opportunity to mock Joe Biden and Bernie Sanders, whom he described as "Sleepy Joe" and "Crazy Bernie" respectively, and that he’d be willing to face any of them as his electoral opponent.