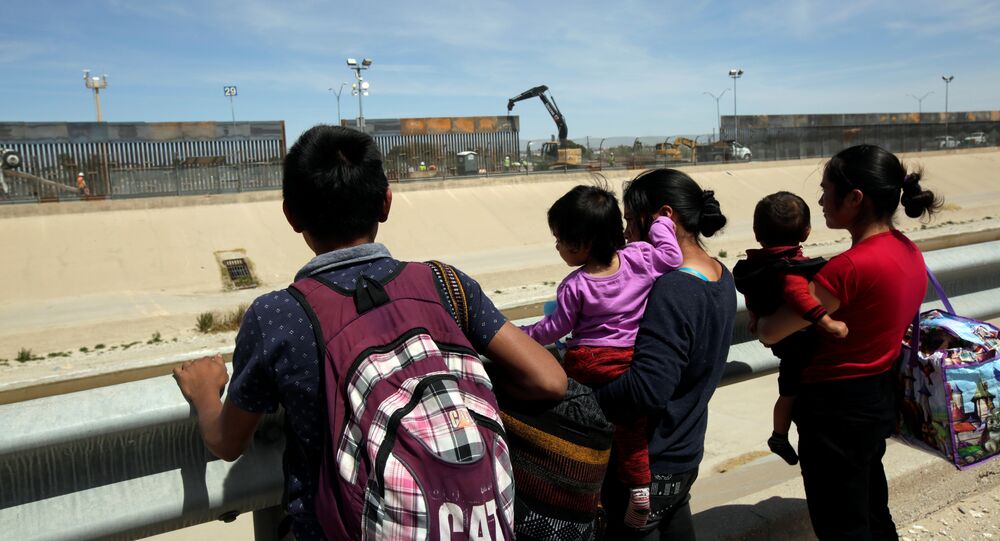 In April a US federal court in the state of California blocked the Trump administration's Migrant Protection Protocols, also known as the "Remain in Mexico" plan, which requires migrants to wait in Mexico during their asylum proceedings in the United States.

The Ninth Circuit Court of Appeals on Tuesday ruled that the Trump administration can continue sending asylum seekers to wait out their cases in Mexico, The Hill reports.

The Court found that a preliminary injunction barring the government from returning asylum seekers to Mexico was "unlikely to be sustained" on appeal in its present form, and stayed the lower court ruling, a Reuters report says.

The panel of judges wrote in the opinion that the Department of Homeland Security had shown that it would suffer irreparable harm if the policy was halted because it "takes off the table one of the few congressionally authorized measures available to process the approximately 2,000 migrants who are currently arriving at the Nation's southern border on a daily basis," according to The Hill.

A majority of the three-judge panel concluded that allowing the policy to remain in place, for now, was not unreasonable, the New York Times report says.

"The plaintiffs fear substantial injury upon return to Mexico, but the likelihood of harm is reduced somewhat by the Mexican government's commitment to honour its international law obligations and grant humanitarian status and work permits to individuals returned," the judges concluded.

© Wikipedia / Wikimedia Commons
Mexico Will Not Accept Third Safe Country Arrangement With US - FM
On 8 April, US federal Judge Richard Seeborg issued a preliminary injunction to block the Trump administration's "Remain in Mexico" migration policy. Trump described the court's ruling as "unfair" to the United States. His administration is making efforts to stop illegal migration into the country and is even prepared to close the southern border if necessary.

At the time, the White House issued a statement pledging to appeal the judge's ruling.

"A district court has issued yet another nationwide injunction forcing open borders policies onto an unwilling American populace", the White House said in a press release. "We intend to appeal, and will take all necessary action to defend the Executive branch's lawful efforts to resolve the crisis at our southern border."