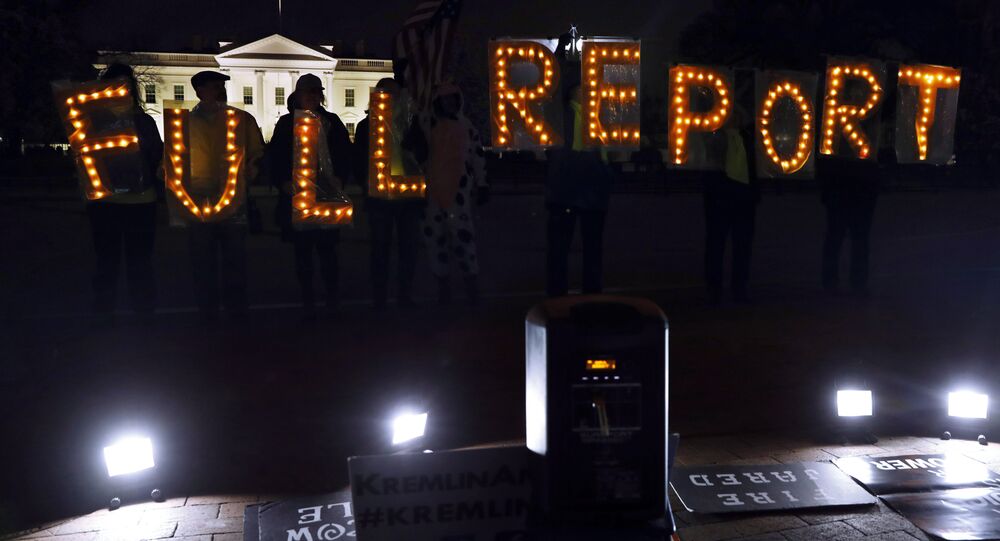 MOSCOW (Sputnik) - The US Department of Justice has released the second redacted version of Special Counsel Robert Mueller's report on Russia's alleged meddling in the 2016 US presidential election, while the document has not provided any new details, local media reported on Tuesday.

According to BuzzFeed, this version of the report has been published as a response to separate lawsuits by BuzzFeed and by the Electronic Privacy and Information Center (EPIC), in which they have accused the US Department of Justice of violating the Freedom of Information Act.

While the new version of the report does not provide new information, it sheds light on why some information was initially withheld in April. Some pieces of information were withheld since they could "disclose techniques and procedures for law enforcement investigations or prosecutions," while some others were withheld over national security concerns.

READ MORE: Trump Says Mueller 'Should Not Testify' Before Congress

BuzzFeed said that the publication would provide it and EPIC with an opportunity to challenge the legitimacy of the redactions. The news website stressed that additional information should be disclosed, citing "overwhelming public interest."

© Sputnik / Natalia Seliverstova
Overtime: Trump Retweets Proposal to Add 2 Years to His Term For Mueller Probe
Since 2017, Mueller has been carrying out his investigation into suspected collusion between Russian officials and US President Donald Trump's associates, as well as into Russia's alleged meddling in the 2016 US presidential election.

On 18 April, the US Department of Justice released the redacted version of the report, which said that there was no collusion, but still accused Russia of attempting to interfere in the election. Meanwhile, Mueller described in his report 10 episodes that may constitute obstruction of justice by the US president.

Russia has repeatedly refuted allegations that it meddled in the US presidential election, as well as in any other foreign election.

Mueller Report Reveals Trump's Lies And Deception, But Not Collusion