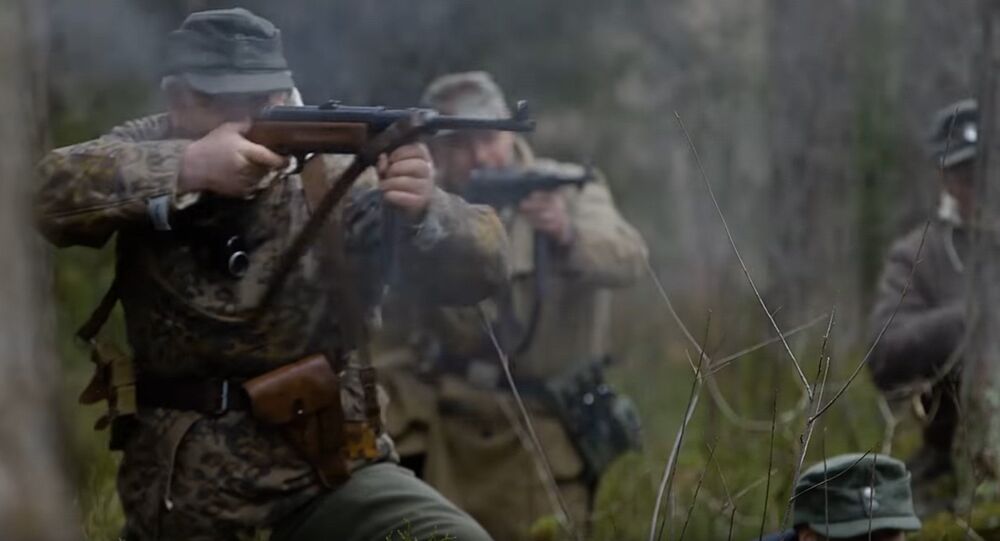 MOSCOW (Sputnik) - The Russian Embassy in the United States denounced on Tuesday the recent opening of a monument to Adolfas Ramanauskas — the leader of a Lithuanian Forest Brothers movement, which was active during and after World War II and is qualified by Russia as a nationalist group — in the outskirts of Chicago.

The sculpture, erected upon agreement of the Lithuanian World Center, the Lithuanian-American Community and the Lithuanian Consulate in Chicago, was unveiled on Saturday. Lithuanian Foreign Minister Linas Linkevicius was present at the ceremony, the embassy said.

"On May 4, 2019, a monument was unveiled on the outskirts of Chicago honoring certain Adolfas Ramanauskas, who was accused of being involved in the Holocaust… The only organization in the US that protested the event was the Simon Wiesenthal Center [Jewish human rights organization]. This voice was left unheard by U.S. authorities, the so-called human rights organizations and numerous think tanks that focus on Eastern Europe (forming anti-Russian agenda in Washington)", the Russian Embassy in the United States said in a statement, posted on Facebook.

It stressed that unveiling the monument to Ramanauskas mere days before the Victory Day of the Allied Forces in Europe was "especially cynical".

© AP Photo / public prosecutor's office in Hamburg via the United States Holocaust Memorial Museum
Declassified Secret Docs Show Argentine Gov't Worked With Nazis – Researchers
"Lithuania consistently (lately, with open support from NATO and the EU) glorifies Nazi collaborators and Holocaust henchmen, portraying torturers as victims… During the War those "activists" were the main forces of death-squads and punitive battalions, responsible for the extermination of the ENTIRE Jewish population of the occupied Soviet Lithuania", the Russian embassy added.

The embassy called on Washington to exercise influence on Lithuania and urge it to abandon its policies of glorifying nationalists.

"We call upon Washington to bring their Baltic satellites to their senses, as they try to impose the values of those responsible for ethnic cleansings on the U.S. society. If it is not too late", the Russian Embassy in the United States concluded.

© Sputnik / Fishman
German MP Calls for Fair Tribute to Soviet-Russian Victims of Nazis in WWII
Lithuania declared 2018 the year of Ramanauskas, since 2018 marked the 100th anniversary of his birth. Moscow refuted the move firmly last fall, accusing Vilnius of "reassessing history". In the meantime, Lithuania stressed that it was Russia who was making attempts to "rewrite history" and also accused Moscow of discrediting the "resistance movement" of the Forest Brothers.

The Forest Brothers was a guerrilla movement that united Estonian, Latvian and Lithuanian partisans opposing the Soviet rule during and after World War II.