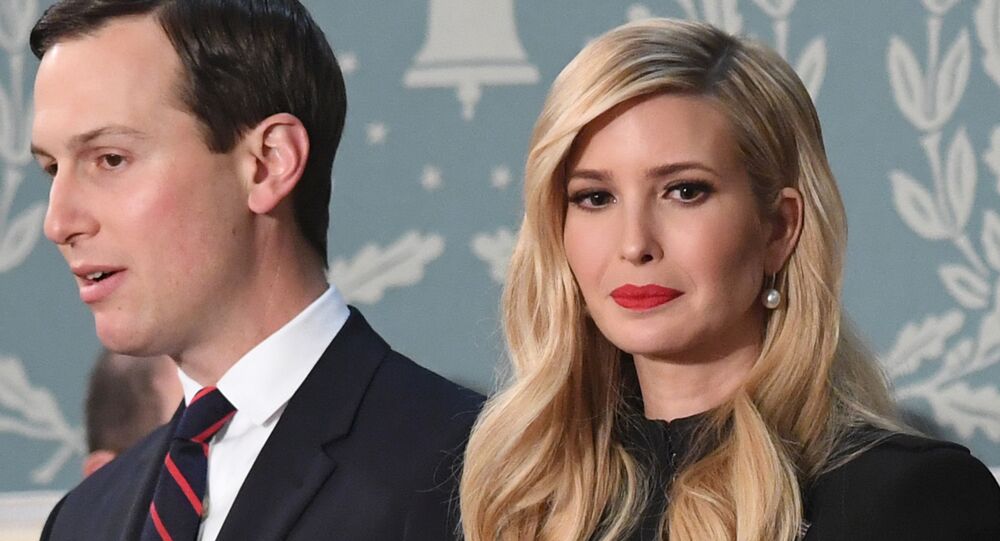 Although the man was previously diagnosed as suffering from a mental condition and admitted to not taking medication, he is being prosecuted as a standard suspect on charges of making death threats.

Chase Bliss Colasurdo from the city of Kent in the US has been arrested after making numerous threats towards the family and relatives of US President Donald Trump via social media and emails. Namely, he promised to "personally execute" Trump's advisor and son-in-law Jared Kushner for "his countless treasonous crimes", as well as his wife, Ivanka Trump, and Donald Trump Jr.

© AP Photo / Alex Brandon
Jared Kushner on Trump: You Can Let Down the POTUS But Not Your Father-In-Law

The threats were posted on Colasurdo's Instagram page, with one followed by pictures of what appeared to be a handgun directed at a photo of Kushner. In another post, the man claimed that both Kushner and his wife are "far more dangerous than cockroaches and should be executed". He also sent his promise to "execute" Kushner to several media outlets via email.

"I would just like to let the secret service know that I am going to Execute [sic] this fa**ot [Donald Trump Jr]. And there is nothing you can do about it", he wrote on Instagram.

Colasurdo, who had been posting threats for several months in 2019, was boasting that authorities did nothing about it until 19 March, when he was visited by FBI agents. The man told them that his social media account had been hacked, that the firearm in the photo was actually a BB gun, and also claimed that the Israeli secret service, Mossad, was planning to kill him.

Despite his actions, "delusional statements", and the fact that he admitted having been diagnosed with paranoid schizophrenia, the FBI agents limited their response to accepting a promise from Colasurdo that he would stop issuing threats. However, a month later he broke that pledge by making a post where he called for synagogues to be bombed. This, along with the fact that he had bought bulletproof vests, a gun holster, and 345 rounds of ammunition led to his arrest on 1 May.

The man now faces charges on two counts of making interstate threats, first to Jared Kushner and then to Donald Trump Jr. Each of the charges is punishable by up to five years in prison.