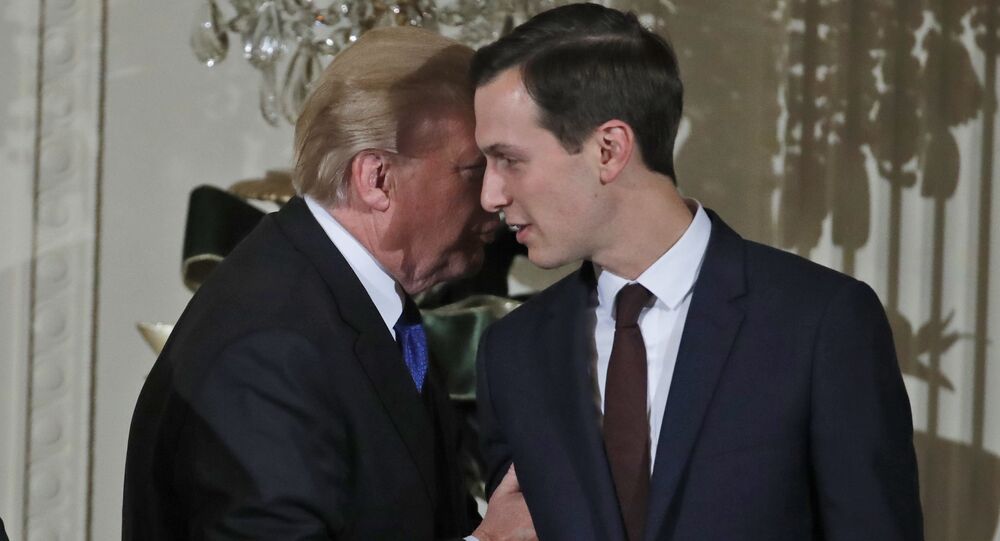 The husband of Donald Trump's daughter Ivanka, Jared Kushner, is the president's point man for the Middle East and is expected to present the long-awaited Mideast peace plan any time soon.

Jared Kushner, Donald Trump's senior adviser and son-in-law, has demonstrated how his relationship with the US president makes a difference in the workplace.

Kushner, who is tasked with overseeing the much-anticipated Middle East peace plan, was interviewed on the peace effort on Thursday by executive director of the Washington Institute, Robert Satloff.

When asked what a Trump-Kushner conversation about the upcoming peace plan would look like, whether it be in the Oval Office or at a family dinner, Kushner said he cannot let his father-in law down.

"When you work for a president, you try hard not to disappoint, but you can disappoint," he replied. "When you work for your father-in-law, you can't disappoint. So I think I have established a good track record now on all the different tasks he's given me, I have come back with results and I have come back with good advice, and I do think that this is something that he will be proud of."

These comments were met with mixed reaction on social media as to who Kushner is really working for.

Kushner works for the people of the United States. This is exactly why nepotism is a big issue.

Kushner works for Netenyahu and MBS. They're the ones giving him his billions. Trump hasn't a clue.

That's precisely why nepotism has no place in democracy. Allegiance becomes to the leader, not country.

But as for the Mideast plan, Kushner, in his usual manner, opted not to drill into the specifics. He confirmed, however, that the effort would cover the final status between Israelis and Palestinians, and that it would address Palestinians' "political aspirations and a lot of their dignity".

Very little is known so far about the plan, which is expected to be unveiled next month. The peace package is expected to include a political and economic component, and Kushner has repeatedly said he would go off the beaten track in search for reconciliation between Palestinians and Israelis.

This could mean that the plan will likely avoid the two-state option — for decades the focal point of American diplomacy regarding the conflict.