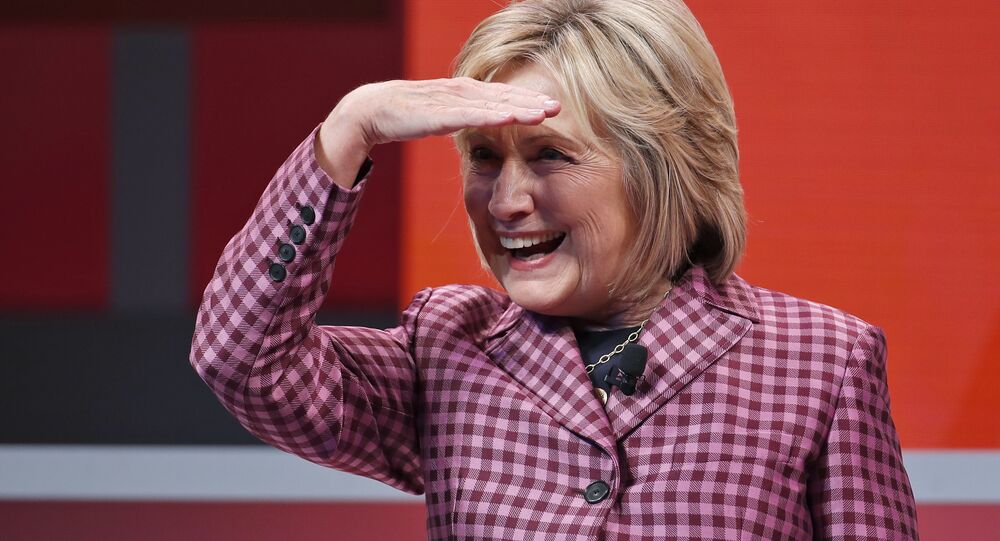 Hillary Clinton's comments came at Wednesday’s MSNBC interview with anchor Rachel Maddow, as she flashbacked to Trump's sarcastic call during the 2016 election campaign for Russia to find 33,000 emails deleted from Clinton's private email server, offering a hypothetical: "China, if you're listening, why don't you get Trump's tax returns."

When asked by the host to comment, he responded:

“So there is a great power contest taking place. I think that’s true. I only wish when she was secretary of state, she would have taken it on instead of allowing it to get where it is today and turning a willful blind eye to that.”

“They don’t remotely sound like what ought to be done by America, and they’re certainly not what President Trump and this administration are going to do to make sure we keep America safe, that we recognise China is 1.5 billion people, there will be commerce between the two countries, but we’ve got to make sure that America is prepared so that we can continue to be the world’s leading power 10, 20, 50 years from now.”

Clinton had mocked remarks made by Donald Trump during the 2016 campaign while speaking to MSNBC anchor Rachel Maddow on Wednesday.

The president said earlier this year that these comments about Clinton's emails were made in jest, which should have been obvious to “any objective observer”.

"If you tell a joke, if you're sarcastic, if you're having fun with the audience, if you're on live television with millions of people and 25,000 people in an arena," he said while speaking at the Conservative Political Action Conference in March.

© AP Photo / Patrick Semansky
US House Committee May Hold Barr in Contempt Over Mueller Report - Chairman
Notwithstanding Donald Trump’s claims he was only being sarcastic when making the remarks about Clinton's emails, special Counsel Robert Mueller's report on the investigation into alleged Russian election meddling claimed Trump had urged his staff to find the deleted emails.

According to Mueller, Michael Flynn, then serving as Trump's national security adviser, had reached out to "multiple people in an effort to obtain the emails".

Special Counsel Robert Mueller's two-year investigation into alleged ties between the Trump campaign and Russian authorities failed to come up with any evidence of collusion.