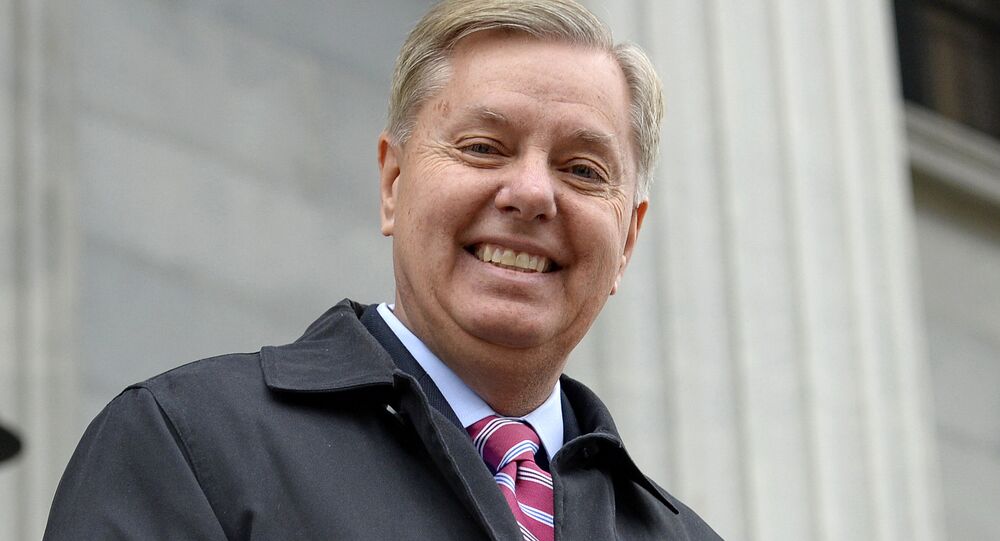 The letter from Graham came on Monday, asking Mueller if he would like to testify about "any misrepresentation" of the call, following Barr's remarks on the issue during his Judiciary Committee hearing this week.

"Please inform the Committee if you would like to provide testimony regarding any misrepresentation by the Attorney General of the substance of that phone call," Graham said in a letter to Mueller.

Democrats have been vocally calling for Mueller to testify, arguing that Barr misrepresented the special counsel's findings. Barr, during a press conference last month ahead of the Mueller report's public release, said he would not object to Mueller speaking with Congress.

© AP Photo / Alex Brandon
'Hey China' Clinton Mocks Mueller Report Results on TV
Graham had previously ruled out asking Mueller to testify, arguing that the two-year investigation was "over" and signalling that he wanted the committee to move on, yet noted that he would allow Mueller to “come and tell us” if Barr misrepresented their discussions.

"The Attorney General testified in essence that you told him in a phone call that you did not challenge the accuracy of the Attorney General’s summary of your report’s principal conclusions, but rather you wanted more of the report, particularly the executive summaries concerning obstruction of justice, to be released promptly," Graham wrote.

Barr's appearance before the Judiciary Committee came a day after reports surfaced that Mueller had sent the attorney general a letter in late March raising concerns about a four-page memo Barr had released that outlined the main conclusions of Mueller's report on alleged Russian interference in the 2016 election and the Trump campaign.