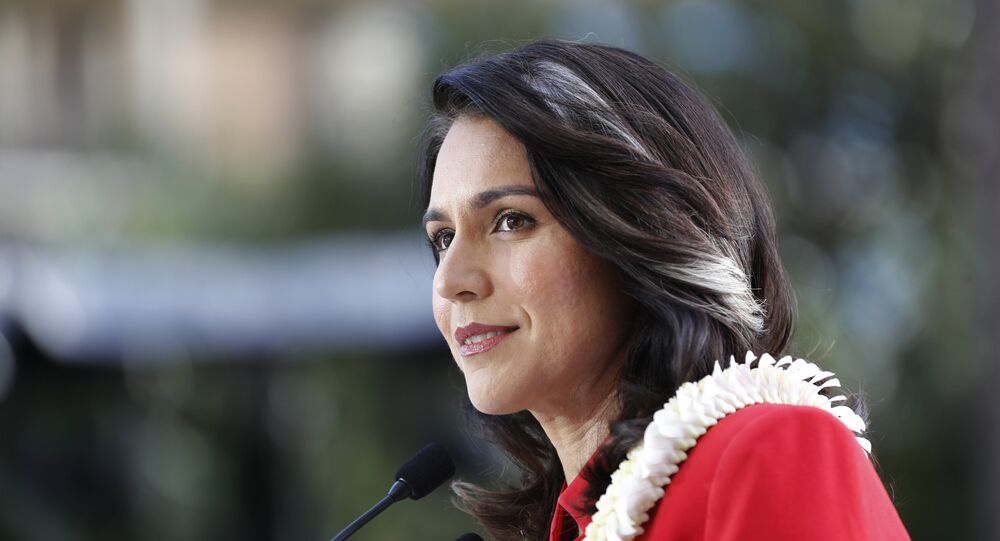 Democratic candidate Tulsi Gabbard declared in a campaign video that the media only supports US President Donald Trump when he talks about military actions towards other countries.

“Neocons/Neolibs and MSM all sing from the same song sheet: War war war!!! Trump never gets positive media unless he's threatening war/carrying out military action. Today, Venezuela. Tomorrow, Iran? Cuba? Who will be next? No wonder North Korea won't give up their nukes”  the caption under the video posted by Gabbard on her social media reads.

Gabbard promised to end “counterproductive wasteful regime change wars” and work to end what she called “The New Cold War” at the end of her statement, asking for support to redirect resources towards domestic policy needs.

READ MORE: Twitter Teaches Tulsi Gabbard That One Does Not Simply Use Memes Carelessly

Gabbard’s video comes on the same day as the Washington Post published an article saying that US National Security Adviser John Bolton was reportedly urging Trump to start a long-term military intervention in Venezuela.  The newspaper's sources said that Trump had given Bolton wide authority over matters pertaining to the Venezuelan crisis.