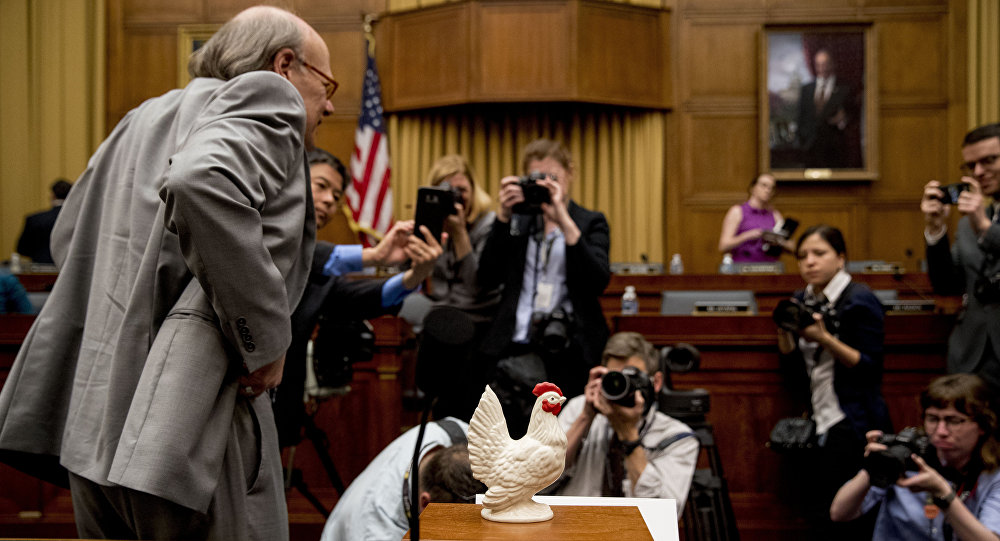 While Pelosi claimed that Barr “lied to Congress”, some House Democrats even resorted to using props to attack the US attorney general over Special Counsel Robert Mueller’s report hearings.

The US Department of Justice has rebuked allegations made by House Speaker Nancy Pelosi, who claimed that Attorney General William Barr committed a crime by lying to Congress.

"Speaker Pelosi’s baseless attack on the Attorney General is reckless, irresponsible, and false", Kerri Kupec, a spokeswoman for the department, said in a statement.

© AP Photo / Andrew Harnik
‘Meaningless to the Broader Public': Barr-Mueller Battle a Strictly DC Obsession
Pelosi’s accusations, which she delivered at her weekly press briefing on 2 May, appeared to be a reference to Barr claiming during congressional testimony he was not aware of any concerns expressed by Mueller’s team regarding his summary of their report’s findings, though it was revealed that Mueller penned a letter to the attorney general in late March, accusing the latter of not fully capturing the context and work of the special counsel's office in his letter to Congress.

"He lied to Congress. If anybody else did that, it would be considered a crime," Pelosi said. "Nobody is above the law. Not the president of the United States, and not the attorney general".

Meanwhile, some House Democrats apparently resorted to using props to attack Barr when he skipped Thursday’s House Judiciary hearing on Mueller’s report, with CNN noting that "the atmosphere still took on a circus-like show" at the proceedings.

While House Judiciary Chairman Jerry Nadler threatened to hold Barr in contempt of Congress, Rep. Steve Cohen (D-TN) arrived at the hearing with a bucket of KFC, which he shared with his colleagues, and a ceramic chicken.

"Chicken Barr should have shown up today and answered questions", he told reporters while holding the statuette.