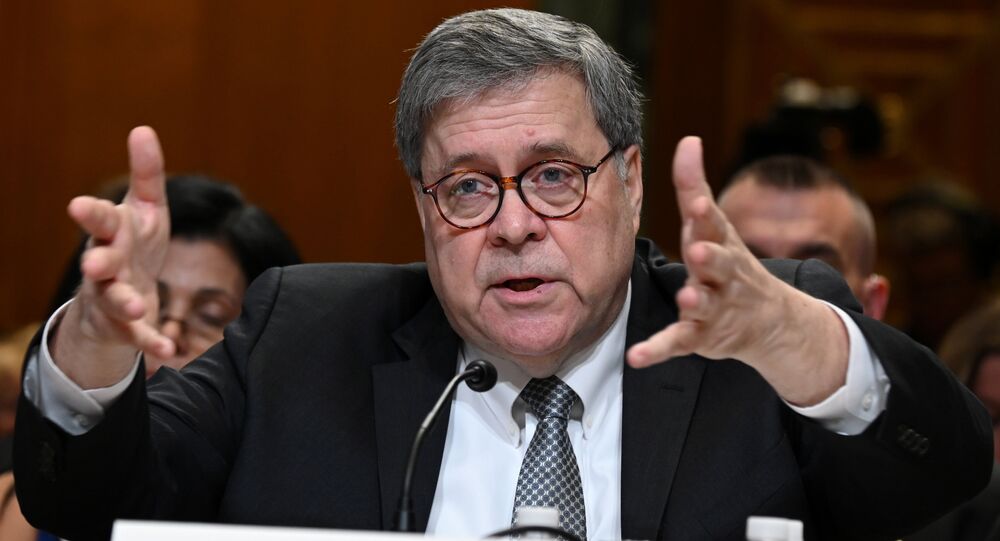 WASHINGTON (Sputnik) – US House of Representatives Judiciary Committee Chairman Jerry Nadler said that Attorney General William Barr has notified the panel that he will not attend the scheduled hearing on Thursday regarding Special Counsel Robert Mueller's report on the Russia probe.

"Although we have worked around the clock to address his concerns, Attorney General Barr has just informed us that he will not attend tomorrow's hearing," Nadler told reporters on Wednesday.

Moreover, Nadler said the Department of Justice notified the committee that it will not comply with their subpoena for the full unredacted Mueller report.

Nadler added that he would continue to work with Barr to reach to get access to the full copy of the Mueller report, however, if "good-faith" negotiations are not productive then he will seek a contempt citation against the attorney general.

© AP Photo / Mark J. Terrill
US Senate Judiciary Committee Has No Plans For Mueller to Testify - Graham
The House Judiciary Committee will still convene on Thursday morning, Nadler said adding that he hopes Barr will change his mind overnight and will attend the hearing.