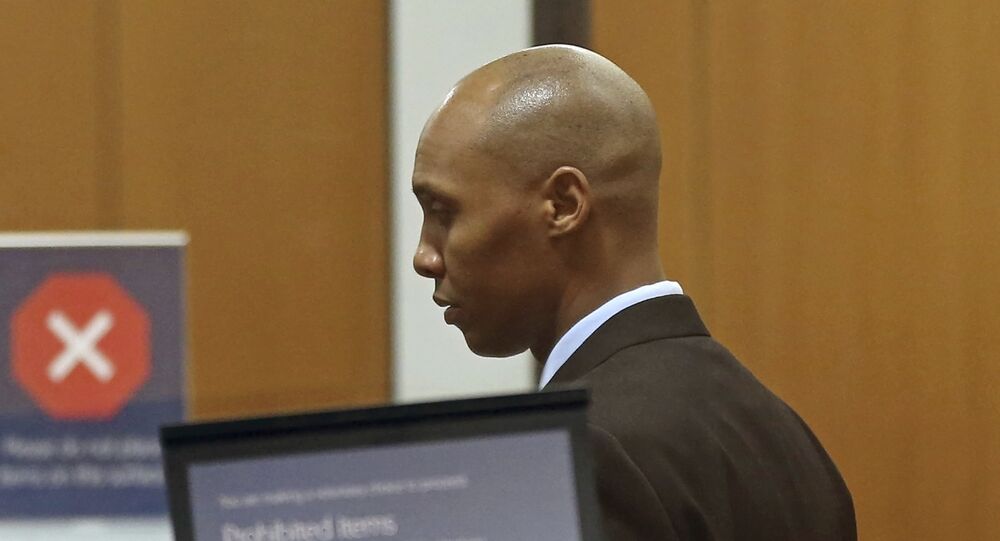 A Minneapolis jury has found a former police officer guilty in the 2017 fatal shooting of an unarmed woman minutes after she had called 911 to report a possible crime.

Mohamed Noor, the ex-Minneapolis officer charged in the shooting death of Justine Ruszczyk, was convicted of third-degree murder and manslaughter. He was found not guilty of intentional second-degree murder.

Ruszczyk, also known as Justine Damond, had called police on the night of July 15, 2017, to report a possible sexual assault in the alley behind her Minneapolis home, yet was shot and killed by Noor who was one of the responding officers.

Noor's defense attorneys argued throughout the month-long trial that he fired to protect his terrified partner after hearing a thump on the squad car in the alley and then seeing a figure by the driver's side window raising an arm, calling the incident “a tragedy but not a crime.”

READ MORE: US Cops Pile on Unarmed Man, Hit Him With Stun Gun

Prosecutors said that the defence’s story was made up later and that Ruszczyk, approaching the squad in her pajamas that night, could not have been considered a threat. They also presented evidence that Ruszczyk's fingerprints were not found on the outside of the squad car, and they put two police use-of-force experts on the stand who argued that Noor was reckless in his decision to fire.

Facebook/Str8vaping
‘No, I Don’t Want to F*ck With You’: Armed Oregon Thief Chased Off by Unarmed But Furious Shop Owner (VIDEO)
The jury of 10 men and two women reached the decision after three weeks of testimony. They deliberated five hours on Monday and six on Tuesday to find Noor guilty of manslaughter. Noor, a 33-year-old Somali-American, is believed to be the first police officer to be convicted of murder in Minnesota in recent memory, Hennepin County Attorney Mike Freeman said.

Noor was immediately taken into custody and led out of the courtroom in handcuffs. He faces up to 12 and a half years for third-degree murder and four years for second-degree manslaughter. The judge set the sentencing date for June 7.