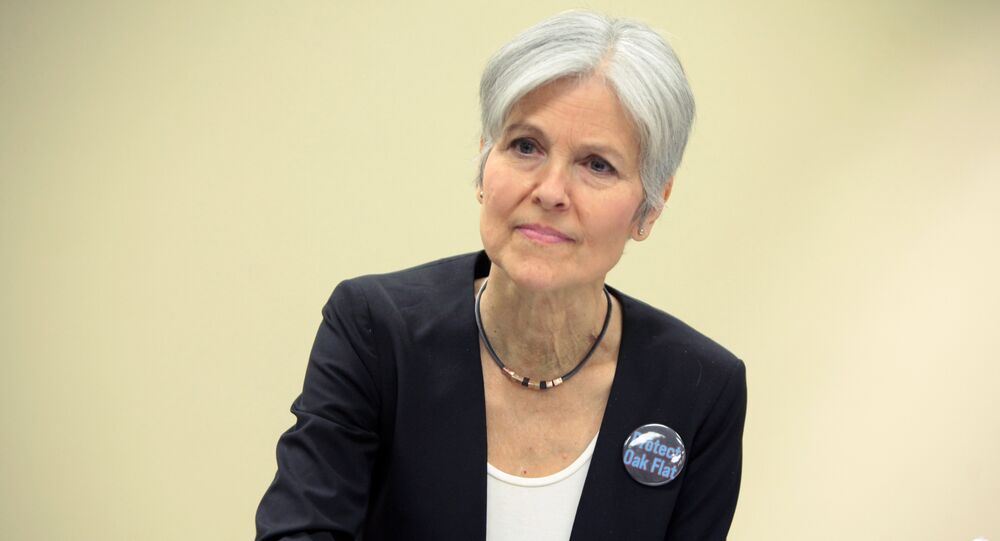 Former Green Party presidential candidate Jill Stein condemned the Trump administration’s policy in Venezuela on her Twitter account, saying that the current crisis was caused by the US attempt to change the regime in yet another country as well as its “greed” for the natural resources of Venezuela.

She also noted that the civil conflict between the supporters of “self-appointed "president" Guaido” and Venezuelan President Maduro was caused by “the greed of foreign investors,” naming US President Donald Trump and US National Security Advisor John Bolton as the figures behind the coup plot.

The people of #Venezuela shouldn't be made to suffer a bloody civil war to satisfy the greed of foreign investors. Bolton & Trump have said outright: WE WANT THEIR OIL. US desperately needs a true opposition party & independent media that won’t just rubber-stamp war for profit.

She also suggested that the US is “trampling international law with regime change attempts in Venezuela & deadly sanctions to starve the people into submission.”

Large-scale protests against Maduro began in Venezuela on January 21, shortly after he was sworn in for a new term. Guaido proclaimed himself interim leader of the country. A number of Western countries, including the United States, backed his claim. Maduro, in turn, has accused the US of trying to orchestrate a coup in order to install Guaido as its puppet. Russia, China, and a number of other countries have voiced their support for Maduro as the only legitimate president of Venezuela.

Bolton: All Options Are on the Table Regarding Venezuela