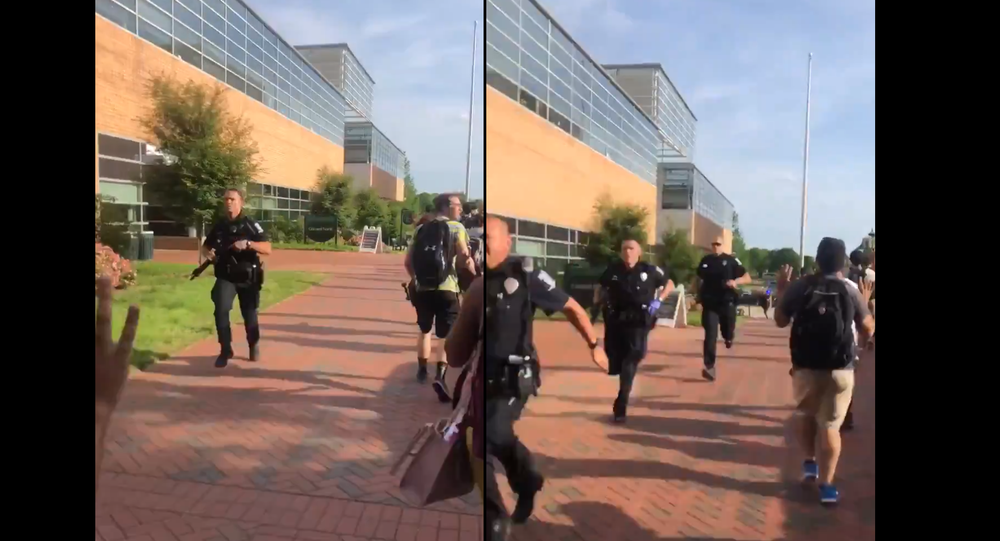 Two people were killed on Tuesday during a campus shooting at the University of North Carolina in Charlotte. Four others were injured, three of whom have life-threatening injuries.

According to the Mecklenburg Emergency Medical Services Agency, the deceased persons were found dead at the scene. Injured individuals were transported to a local area hospital. It's unclear whether the victims are students of the university.

The Charlotte-Mecklenburg Police Department has confirmed that the scene is "secure," and that a suspect has been taken into custody. Media outlets have suggested that the suspect was a student previously enrolled at the university. The suspect has been identified as Trystan Andrew Terrell, according to police.

The suspect in the UNC Charlotte incident has been identified as Trystan Andrew Terrell, (DOB: 06/06/1996.)

He is in custody at this time with charges pending against him.

​The lockdown will remain in place for several hours, officials have indicated.

​The university first issued an alert on Twitter, indicating that the campus was on lockdown after receiving reports of shots heard near the Kennedy Hall Building. "Run, Hide, Fight. Secure yourself immediately," reads the tweet.

​Images shared on social media show that medical professionals were directed to the scene. Other photos offered a glimpse into the chaos that unfolded on campus as students fled to safety.

A spokesperson for the Charlotte-Mecklenberg Police Department confirmed that there was an active shooter situation, however, they did not offer any additional details on the matter.​​

Reports suggest that many students were on campus at the time of the shooting to attend a concert at the university's Jerry Richardson Stadium.

Charlotte news station WCNC​ reported that the local train lines were suspended as a result of the ongoing investigation into the shooting.