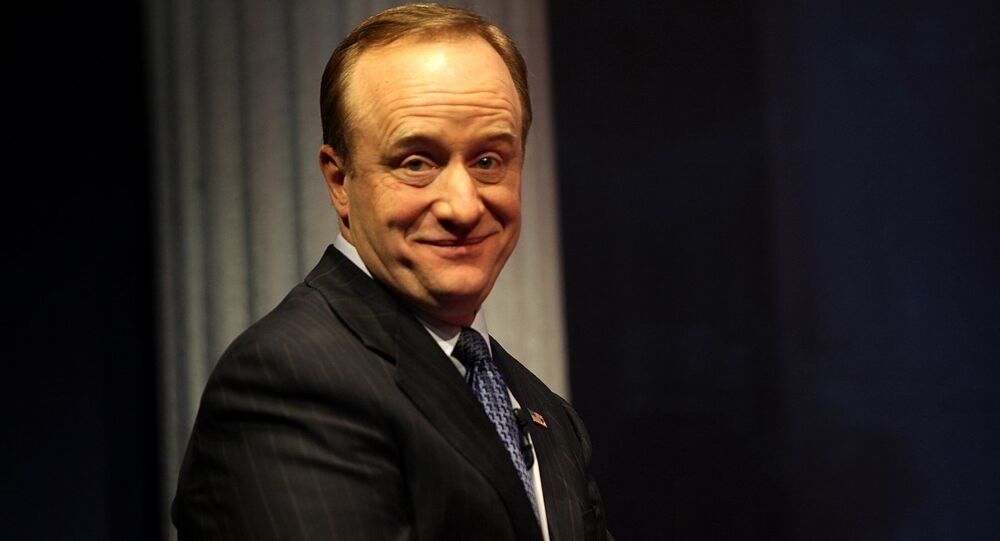 The Democrats have a whopping 21 candidates contending to represent the party in the next presidential election in a bid to win the race against Donald Trump, if he runs for re-election.

Former Bill Clinton advisor and CNN contributor Paul Begala joked in an interview with the channel that he is ready to support any Democratic candidate capable of winning the race against US President Trump in the 2020 election, even if he or she murders his dog Gus.

"I'm a JFK Democrat. I will pay any price, bear any burden, oppose any foe to ensure the defeat of Donald J. Trump. You can be Medicare for all or not. You could shoot my dog and, if I think you can beat Trump, I'mma be for ya", he said.

Begala later backtracked on his comments, saying via Twitter that he still loves his dog and was "only kidding" while talking to CNN. However, netizens didn't find his comment particularly amusing, but rather quite the opposite.

Some suggested that Begala lost his mind in his disdain for Trump.

Many more argued that they wouldn't forgive anyone killing their dog, regardless of who they are.

If someone shoots my dog, they're not going to be breathing my oxygen anymore. And I certainly wouldn't vote for that person for President. This is what the Dems have become? This is how low the bar is set, forget policies or platforms, it's just #OrangeManBad now?

Shoot my dog and I'm coming for you I don't care who you vote for!!!

A few, however, suggested that such extreme sentiment can be found not only among Democrats, as many Twitterians suggested.

Isn’t Begala making the point character isn’t important, a criticism of Trump supporters who look the other way on behavior? His comment not even about policy, as it is with many Trump supporters-just winning

In a bid to win the next presidential election, in a possible battle against US President Donald Trump, an astounding number of Democrats have already announced their intention to run in 2020. At the moment 21 candidates are planning to participate in the upcoming primaries.